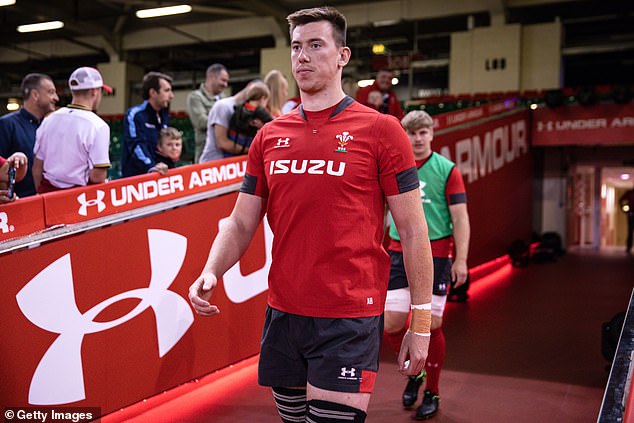 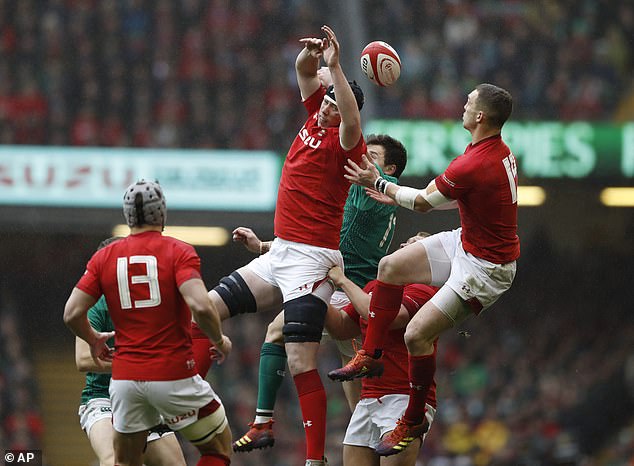 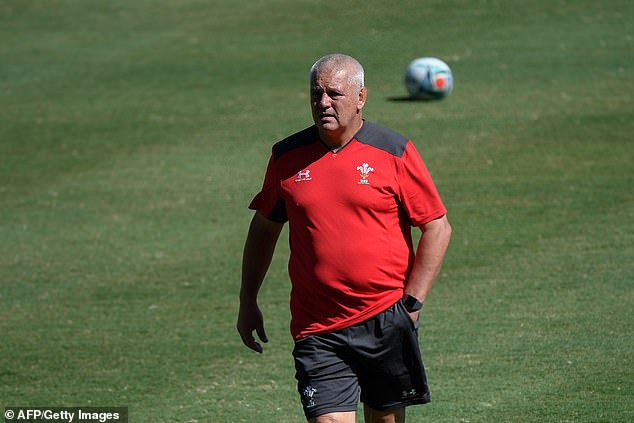 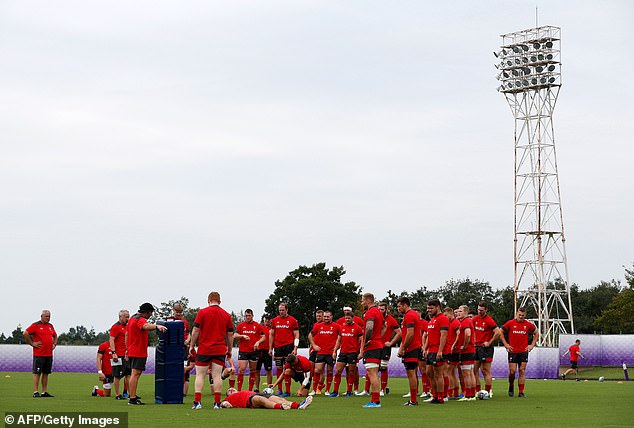 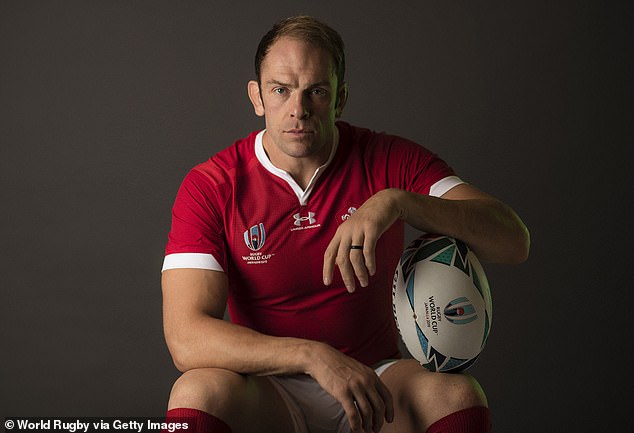 Adam Beard will not be fit in time to face Australia for Wales at the World Cup next week, having only arrived on Saturday in Japan.

The 23-year-old lock missed Wales’ departure 10 days ago with appendicitis. He has had surgery to remove his appendix and is now in Toyota with Wales.

But he will not be available until the Fiji match on October 9.

‘He arrived today as we were leaving from training,’ said head coach Warren Gatland.

‘He’s going to do some light stuff over the next few days. I don’t think he’s going to be in contention for selection next week.

‘He hasn’t done enough. The plan is to get him up and running as quickly as we possibly can.

‘He’s lost a bit of weight so we need to get some weight back on him, get him eating properly again.

‘He’s done a lot of training and conditioning over the last three months so it’ll probably take a week to get him up to speed again.

‘It’s good to have him here and we’re looking forward to him getting involved.

‘He’ll be receiving a couple of serious fines from the players over the next couple of days.

‘One for arriving late on tour, there will be a fine for the loss of weight and I don’t think he was wearing all the right kit earlier either.

With Beard out and Cory Hill still recovering from an ankle injury – although set to be fit next week – Jake Ball starts for Wales in the second-row with captain Alun Wyn Jones in the opening tournament match against Georgia.

The totemic skipper plays in his 129th Test – equalling the national record set by Gethin Jenkins.

And Gatland paid tribute to the legendary lock.

‘He’s got better with age, he’s like a good wine,’ said the

‘He doesn’t like me talking about these sorts of things. He deserves all the accolades. He’s been a great servant to Welsh rugby.

‘The pleasing thing for me is that recognition hasn’t just been in Wales. It’s been worldwide.

‘People realise just want a contribution he has made to world rugby both in his performances and leadership.

It’s pleasing to see someone from Wales recognised as one of the best players in his position.

‘Hopefully he comes out of Monday night’s game fit and available and, if selected as he always says, against Australia he’ll get a chance to break that record.

‘He’s been absolutely outstanding and his service to Welsh rugby.’

Jones himself, who turned 34 on Thursday, said: ‘I have spoken to enough of you about certain milestones for you to know how I feel about them, but to rub shoulders with Melon (Jenkins) on this one is pretty sweet.

‘But I’m expected the message from him soon enough, something satirical. It is what it is. The biggest thing I could do to mark the occasion is go out and enjoy the game and have a good win on Monday, and that’s the focus.

‘We are chomping at the bit anyway. As players we do feel as though we are being held in the blocks a bit. There was a game on Friday, three today (Sat).

‘You don’t want to be ready too soon, but we do feel as though we are ready and waiting to get out there.’

Mario Balotelli is set to walk away from Brescia after they failed to back him publicly over racist abuse and his homecoming was labelled...

Luis Figo's arrival at Real Madrid 20 years ago is still the most contentious transfer EVER, beginning with a £1.4m promise on a piece...