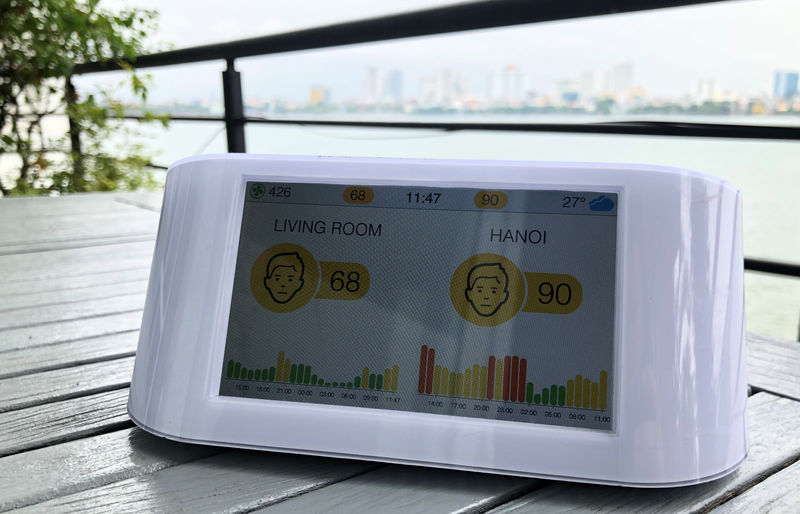 HANOI (Reuters) – Independent online air quality index monitor AirVisual said on Wednesday its air quality monitoring app is available for download again in Vietnam after it suspended it in the face of a barrage of criticism from social media users.

AirVisual, which measures air quality based on data it gets from monitoring stations, was accused by one critic of exaggerating pollution in the Vietnamese capital of Hanoi to boost sales of air purifiers made by its parent company.

AirVisual said on Monday it had received abusive and threatening messages on its Facebook (NASDAQ:FB) page and elsewhere in an attempt to discredit it after its data showed Hanoi topping its list of 90 major cities suffering from air pollution.

A spokesman for the company told Reuters it had “temporarily interrupted” new downloads of the app following the criticism, but made it available again on Wednesday.

“Efforts to suppress open and free air pollution data, rather than address the emission sources that have created the problem, are misguided and have negative health and environmental implications,” AirVisual said in a statement.

“While the attacks have decreased, they are still ongoing. We are closely monitoring the situation and aim to continue to provide a stable service”.

Pollution could become a source of political tension in Vietnam, where protests against the degradation of the environment have occurred in recent years.

The criticism of AirVisual snowballed after Vietnamese Facebook user Vu Khac Ngoc, an online chemistry teacher with almost 350,000 followers on the site, said in a post that AirVisual was manipulating its data to sell air purifiers made by its parent company, IQair.

AirVisual rejected the accusation saying it was recognized all over the world for publishing unbiased air quality data.

Ngoc offered no evidence for his assertion, which he said could harm tourism to Vietnam, and on Wednesday issued an apology to the app’s developers.

“I regret that the negative reviews of AirVisual have affected and hindered the operation of the app in Vietnam,” Ngoc said.

AirVisual said its ranking of 90 cities was “live”, updated several times an hour.

Revealed: The airlines that will let you book NOW with flexibility...

Neanderthals' low genetic diversity may have caused their extinction by hampering...