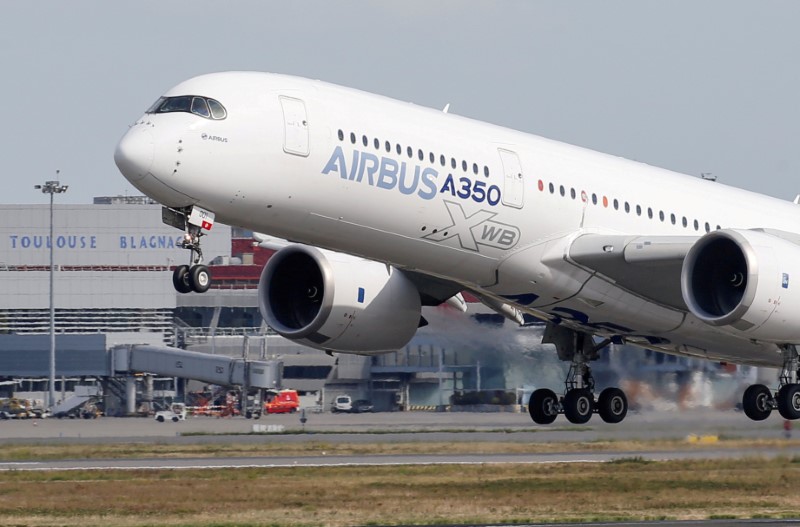 PARIS/LONDON (Reuters) – Airbus’ (PA:AIR) shares rose to record highs on Wednesday, after its U.S. arch rival Boeing (N:BA) warned of new issues with the Boeing 737 MAX plane, while customers and suppliers slumped after the latest blow from the U.S. aerospace company.

In contrast, holiday company TUI’s London listed stock (L:TUIT) was down as much as 4.7% – the lowest since September and the biggest faller on the FTSE 100 (FTSE).

Shares in suppliers, Britain’s Senior (L:SNR) and France’s Safran (PA:SAF) which make the engine for the jet with General Electric (N:GE), were lower.

Late on Tuesday, Boeing said it did not expect to win approval for the return of the 737 MAX to service until mid-year due to further potential developments in the certification process and regulatory scrutiny on its flight control system.

In December, TUI warned that if the 737 MAX was not back in service by May that could wipe off as much as 400 million euros ($443.6 million) from its annual earnings.

U.S. safety board to issue new recommendations in probe of fatal...

Getting cleared of coronavirus cost a Miami businessman more than $3,000...

Fujifilm Jumps 5% as Japan Plans to Recommend Its Drug for...