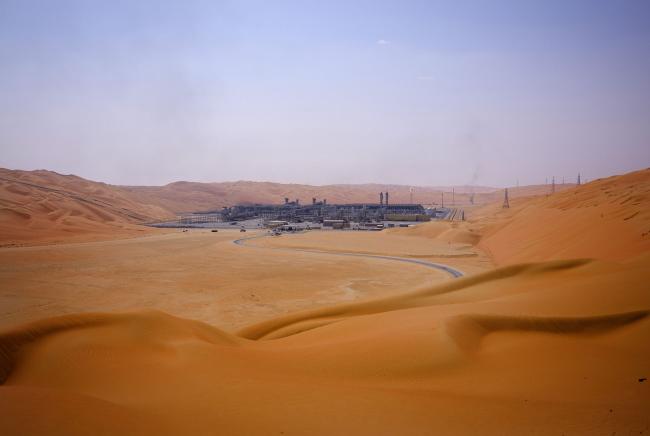 (Bloomberg) — Saudi Aramco will allow investors to start bidding for shares in the world’s most-profitable company from Nov. 17. It left potential buyers in the dark about the size of the stake it plans to sell and the pricing range.

The Saudi stock exchange rules prohibits the oil giant from listing additional shares for six months after the start of trading, according to its more than 650-page prospectus. Also, the Saudi government, the company’s sole owner, won’t offer any additional shares during the 12-month period after listing, but retains the right to sell to foreign governments or investors affiliated with foreign governments.

Saudi Arabia is pulling out all the stops to ensure the success of the IPO after Crown Prince Mohammed bin Salman finally decided to offer shares in the world’s largest oil producer. The kingdom cut taxes on Aramco for a third time, revealed incentives for investors not to sell shares and is considering boosting dividends further.

While the prospectus includes Aramco’s profits for the first nine months and details of the company’s operations, it doesn’t include any indication of what valuation the government hopes to achieve. Price guidance for the share sale is expected next week, but people familiar with the deal have told Bloomberg that Crown Prince Mohammed bin Salman would be satisfied with a valuation of between $1.6 trillion and $1.8 trillion.

“This lack of clarity in the prospectus shouldn’t alarm us as it’s a book building exercise and let’s be clear Saudi will do whatever it takes to make this IPO successful because so much hinges on it,” Nasser Saidi, president of Nasser Saidi & Associates said in an interview on Bloomberg TV on Sunday. “This is part of an overall privatization program, which has often been delayed so now we’re getting to the beginning of that program.”

Aramco earned net income of $68.2 billion in the first nine months compared with $83.1 billion a year ago. Revenue slipped to $217 billion from $233 billion.

With the Aramco IPO, there’s a lot at stake for Prince Mohammed, Saudi Arabia’s de facto ruler, and his Vision 2030 plan to overhaul the economy. He proposed the offering in 2016 as a way to expose the state-owned firm to the rigors of the market and raise money for the sovereign wealth fund.

The richest Saudis are being pressed to commit large sums to the IPO, according to people familiar with the matter. Among those considering sizable purchases are the Olayan family and Prince Alwaleed bin Talal, the billionaire investor who was held for several weeks in Riyadh’s Ritz-Carlton Hotel during 2017’s declared corruption crackdown.

China, the world’s largest oil importer, may commit as much as $10 billion through sovereign wealth funds and other state-owned enterprises, according to people familiar with the situation. An investment would be a hedge against rising oil prices and chime with the objectives of Beijing’s ambitious Belt and Road program.

(Updates with comments from Nasser Saidi in fifth paragraph.)