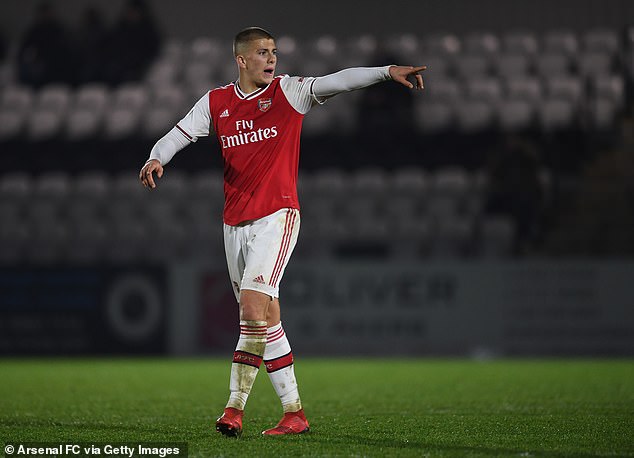 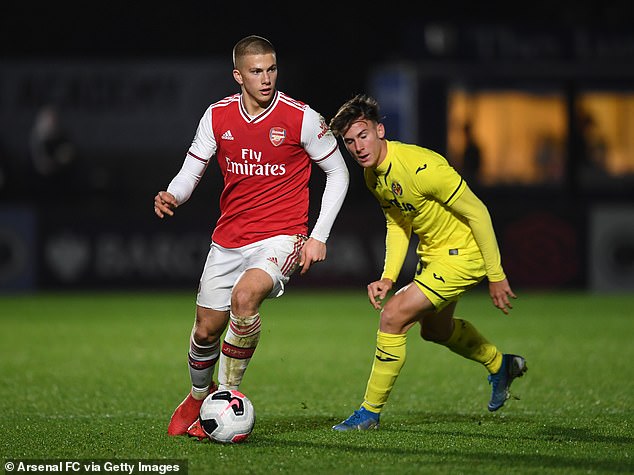 Arsenal prodigy Harry Clarke has signed a long-term at the Emirates, with Mikel Arteta making his first acquisition since taking over at the club.

The 18-year-old defender is highly rated in north London and has penned improved terms since agreeing his first professional contract last year.

Clarke, who impressed as the Gunners’ youth side won the Premier League South last season, has expressed his delight at his new contract, saying ‘the hard work continues’.

Writing on Twitter, he said: ‘Proud to have signed a new long term contract with this great club.

The club announced the news on their website, taking the opportunity to praise Clarke after he committed his long term future.

‘Everyone at the club would like to congratulate Harry on his new contract and we look forward to seeing him develop further.’

Clarke, who can play at centre-back or defensive midfield, is seen as the club’s next big defensive star from their academy, and has appeared 11 times for Arsenal’s Under 23 team in the Premier League 2 this season.

Last season he played 15 times for the Under-18s as they won the Premier League South, with the side securing six clean sheets.

The deal is Arteta’s first since he was announced as Gunners boss on Friday.

The former Manchester City assistant was in the stands as his new team churned out a 0-0 stalemate against Everton this weekend and will be preparing for his first game against Bournemouth on Boxing Day.

'What the Liverpool manager is doing is wrong. It's a Klopp out; a snub with a smile': Our experts – including Chris Sutton –...

'If it was good enough for Bill Shankly and Bob Paisley,...

South Korea ‘all out’ to contain virus outbreak, vows to stabilize...