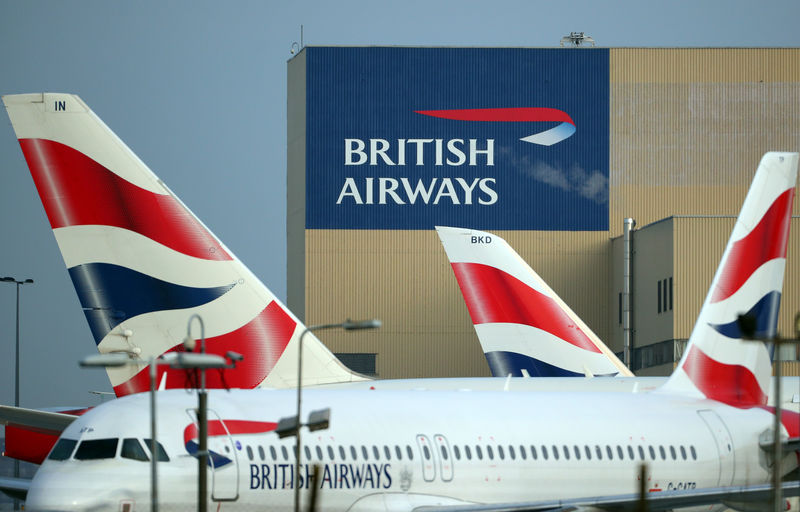 LONDON (Reuters) – British Airways owner IAG (L:ICAG) scaled back its forecast for capacity growth for the next three years on Friday, hitting its outlook for earnings per share as the prospects for the global economy remained weak.

IAG said available seat kilometers, a measure of passenger carrying capacity, was estimated to grow 3.4% a year between 2020 and 2022, compared to a previous forecast of 6% growth a year for the 2019-2023 period.

The airline group, which also owns Iberia, Aer Lingus and Vueling, lowered its forecast for growth in earnings per share (EPS) to 10%+ a year from a previous forecast of 12%+ a year, due to the lower planned capacity growth.

Chief Executive Willie Walsh said last week that he expected global macroeconomic softness to continue in 2020. The company has also taken a hit from industrial action at British Airways, which has knocked its outlook for profits this year.

IAG said that the forecasts for capacity growth numbers were not adjusted for the impact of the pilot strikes. After 48 hours of action in September, no further industrial action is currently scheduled although the dispute over pay remains unresolved.

Walsh and other members of IAG’s management will update investors on its strategy plans at a capital markets day later on Friday.

The strategic update comes after IAG said on Monday it would buy Spain’s Air Europa to boost its presence on routes to Latin America and the Caribbean.

IAG said it expected the deal, which will be funded through external debt, to close in the second half of next year and for it to add to its earnings in the first full year after the closure.