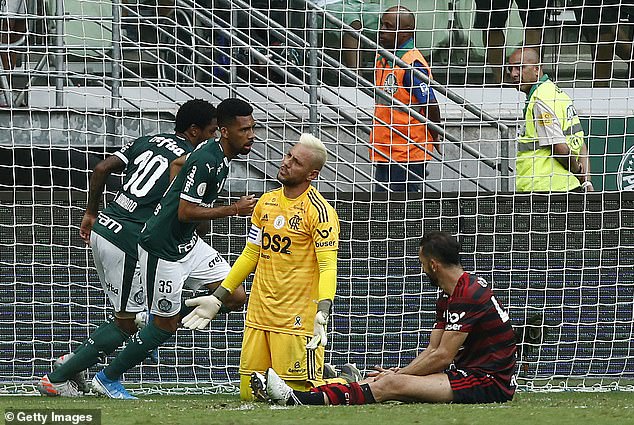 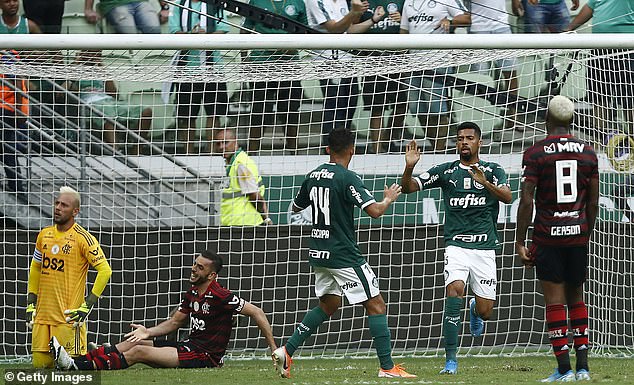 Barcelona have reportedly agreed a deal to bring Palmeiras’ Matheus Fernandes to the Nou Camp.

The 21-year-old only moved to the Brazilian club from Botafogo last year but has been on Barcelona’s radar despite having a contract until 2023.

A deal of around £6million plus £3m in add-ons has been arranged, according to Spanish outlet Mundo Deportivo.

He has played only 12 matches for Palmeiras, of which half have been starts, so is yet to nail down a place in the first team.

The midfielder has been compared to 31-year-old Barcelona midfielder Sergio Busquets.

Barcelona have a history of signing talented young players from South America, including the likes of Neymar, Arthur Melo and Yerry Mina.

'It's not a surprise because they are always trying to slow us down':  Lewis Hamilton slams FIA as F1 bosses plan to bring in...

NASSER HUSSAIN: England's lack of continuity in their team selection means the slips are becoming an issue… the two drops before lunch were a...

BUMBLE AT THE TEST: It was very odd to 'rest' Jofra Archer and go with a one-paced attack… while the Alice band seems to...

'We are waiting for him with open arms': Lazio striker Ciro...

Dodging minefields, armed escorts and a climb 'tougher than going up...