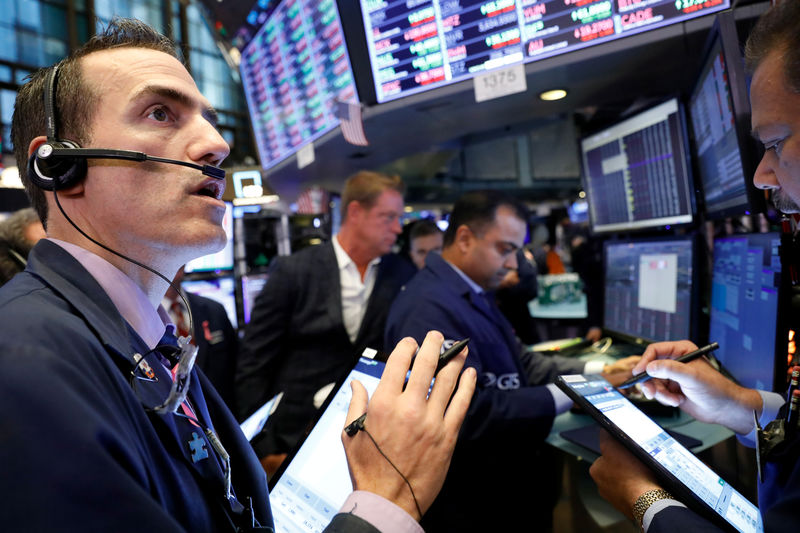 © Reuters. FILE PHOTO: Traders work on the floor at the NYSE in New York

LONDON (Reuters) – A total of $11.1 billion flowed into bond funds in the week to Wednesday as investors dumped stocks amid a “bearish paralysis” on Wall Street, Bank of America Merrill Lynch (NYSE:BAC) said on Friday.

Investors pulled $9.8 billion from equity funds during the week as they remained cautious against an uncertain global backdrop caused by the United States-China trade war, the threat of impeachment against U.S. President Donald Trump, Brexit and the risk of recession, the bank said, citing EPFR data.

Reflecting the bearish sentiment, $322 billion had flowed into money market funds in the past six months, the largest inflow since the second of half of 2008, when a global financial crisis erupted and U.S. investment bank Lehman Brothers collapsed.

Fears of a recession are emerging again, fuelled in recent days by dire U.S. manufacturing data and a sharper than expected fall in German exports in August.

The bank’s “Bull & Bear” gauge of market sentiment ticked up to 1.3 from 1.2 the week before, indicating an “extreme bearish” outlook, the bank’s strategists said.

“We are ‘irrationally bullish’ driven by bearish positioning, desperate liquidity easing, and ‘irrational contagion’ from bond bubble to equities,” the bank said.