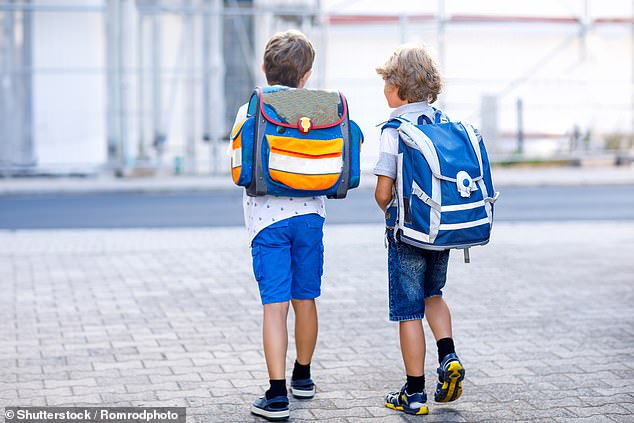 Emotional intelligence — the ability to restrain one’s feelings — has been linked to better school performance in children, according to research from Australia. Those that can’t cope with their own or others’ emotions struggle more in school (stock) 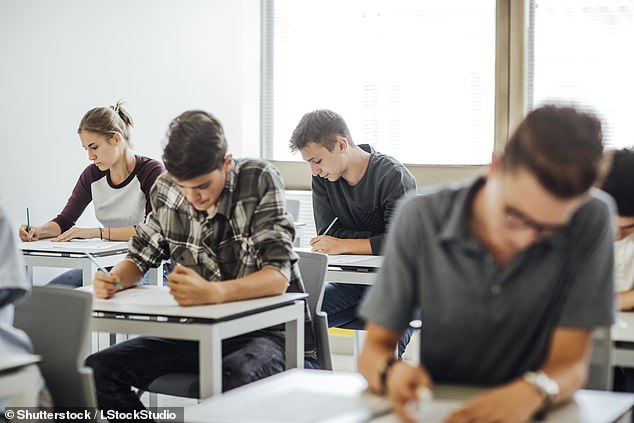 Analysis of the available data revealed students – from junior school age through to university – with higher emotional intelligence tended to get higher grades. The trend consistent regardless of a student’s age (stock)

Intelligence and dedication are the most important things when it comes to a child’s academic success, but scientists now claim being able to manage their emotions is a crucial third.

Emotional intelligence — the ability to restrain one’s feelings — has been linked to better school performance in children and teens, according to a new study.

It found that no matter the students age, those who are better at managing their emotions perform better academically and achieve higher grades.

Dr Carolyn MacCann from the University of New South Wales said: ‘Although we know that high intelligence and a conscientious personality are the most important psychological traits necessary for academic success, our research highlights a third factor, emotional intelligence, that may also help students succeed.

‘It’s not enough to be smart and hardworking. Students must also be able to understand and manage their emotions to succeed at school.’

The research paper, published in the journal Psychological Bulletin, took information from more than 160 studies – including more than 42,000 students around the world.

Most (76 per cent) stemmed from English-speaking countries and they ranged in age from pre-teen to college.

Analysis of the available data revealed students with higher emotional intelligence tended to get higher grades.

When the academics took into account a child’s natural intelligence and their personality, the trend was still true.

It was also consistent regardless of a student’s age, with composed people doing better than hotheads.

Kelly has difficulty seeing when others are irritated, worried or sad.

As a result, Kelly does not recognise when her best friend, Lucia, is having a bad day, making Lucia mad at her for her insensitivity.

Lucia then does not help Kelly (as she usually does) later in English literature class, a class she often struggles in.

Kelly feels ashamed that she can’t do the work in English literature and is upset at Lucia.

Kelly then can’t shake these feelings, and she is not able to concentrate on her next maths class because of her low emotion management ability.

‘Students with higher emotional intelligence may be better able to manage negative emotions, such as anxiety, boredom and disappointment, that can negatively affect academic performance,’ Dr MacCann said.

‘Also, these students may be better able to manage the social world around them, forming better relationships with teachers, peers and family, all of which are important to academic success.’

They also say that the skills involved in restraining emotions overlap with the necessary traits of academic success.

Identifying when people are upset or agitated and being aware of how people are feeling can have a knock-on impact on both the developing social skills and academic minds of students.

The complex interactions between students can become unproductive with people who are of low emotional intelligence at the detriment to their education.

Dr MacCann says being aware of a child’s emotional intelligence is crucial in allowing them to thrive in the classroom, but cautions against widespread testing which could cause unwanted stigmatisation.

She instead recommends interventions at the institutional level, implementing changes to entire schools.

These include additional teacher training and a focus on teacher well-being and emotional skills.

‘Programs that integrate emotional skill development into the existing curriculum would be beneficial, as research suggests that training works better when run by teachers rather than external specialists,’ she said.

‘Increasing skills for everyone – not just those with low emotional intelligence – would benefit everyone.’

'What the Liverpool manager is doing is wrong. It's a Klopp...