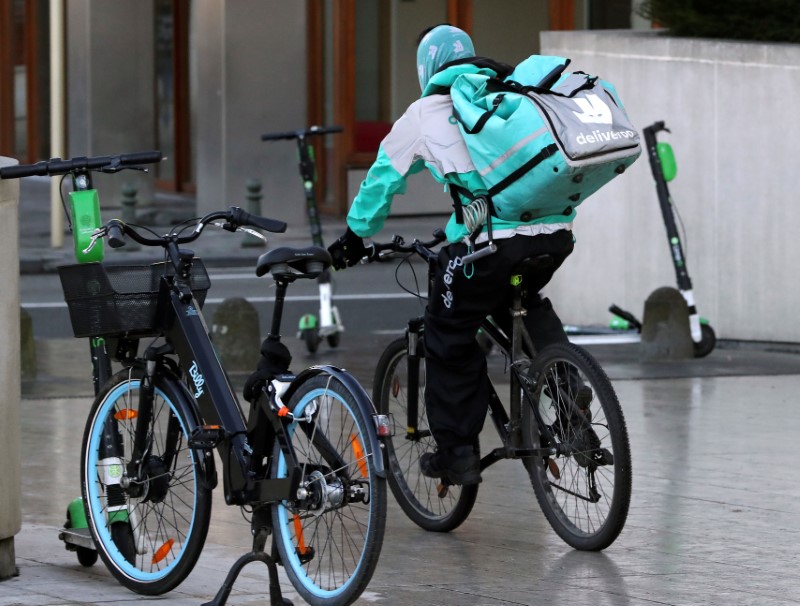 By Marine Strauss and Clement Rossignol

The authority, a division of Belgium’s Ministry of Labour, filed the case over the legal status of Deliveroo’s riders after an 18-month investigation concluded the company is failing to respect Belgian labor law.

Riders are paid per delivery and considered self-employed, meaning they have no access to healthcare, overtime pay or holidays.

Deliveroo said a court decision that riders were employees rather than self-employed would deprive them of the flexibility many wanted.

The case was scheduled after the hearing to go to trial in October next year, and could last several years if there are appeals.

Martin Willems, permanent secretary of the CNE union, which was involved in the investigation, told Reuters that one rider had broken his collar bone and was out of action for four months, meaning he could not pay his rent and became homeless.

The London-based company, in which Amazon (O:AMZN) has bought a stake subject to a UK competition probe, is one of Europe’s fastest growing online businesses.

It uses 60,000 riders dressed in gray and teal jackets to deliver meals from more than 80,000 restaurants and takeaway outlets in 13 countries.

Floyd Mayweather's uncle confirms he IS in talks to fight UFC...