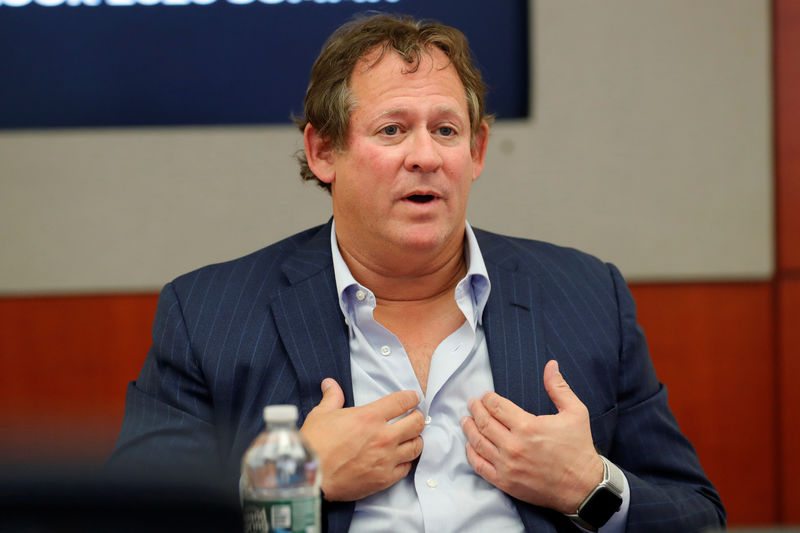 NEW YORK (Reuters) – BlackRock’s (N:BLK) top bond manager said on Thursday Argentina’s debt is trading “pretty cheap” but he had no plans to buy more and would hold what he manages in the company’s portfolio.

“At these levels, we think organically the debt is pretty cheap at where it is trading,” said Rick Rieder, BlackRock’s Chief Investment Officer of Global Fixed Income during the Reuters Global Investment Outlook 2020 Summit.

“I don’t anticipate where we would add to positions, but certainly in the funds I run directly we’re going to hold what we have,” he said. “It’s going to take a few months to play out.”

Most of Argentina’s dollar-denominated debt is trading around 40 cents on the dollar.

Alberto Fernandez, a Peronist who on Oct. 27 defeated business-friendly incumbent Mauricio Macri and will become Argentina’s president in December, made renegotiating a $57 billion program with the International Monetary Fund a key part of his election campaign.

Fernandez said in an interview aired on Thursday that under current conditions Argentina would not be able to pay its debt.