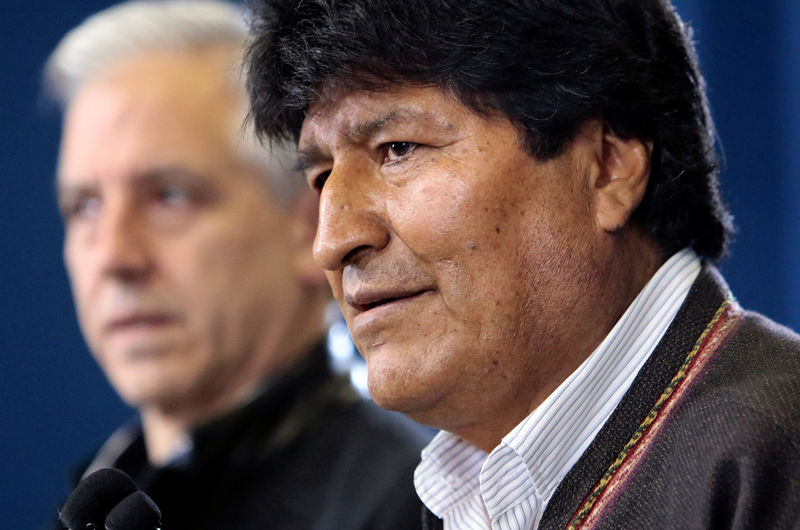 LA PAZ (Reuters) – Bolivian president Evo Morales said on Sunday he would call for new elections after the Organization of American States (OAS) released a report saying that a disputed Oct. 20 vote should be annulled due to irregularities.

The long-standing leader of the South American nation also said he would replace the members of the electoral board, which has come under fire after the election, which had been won by Morales, was mired in widespread allegations of electoral fraud.