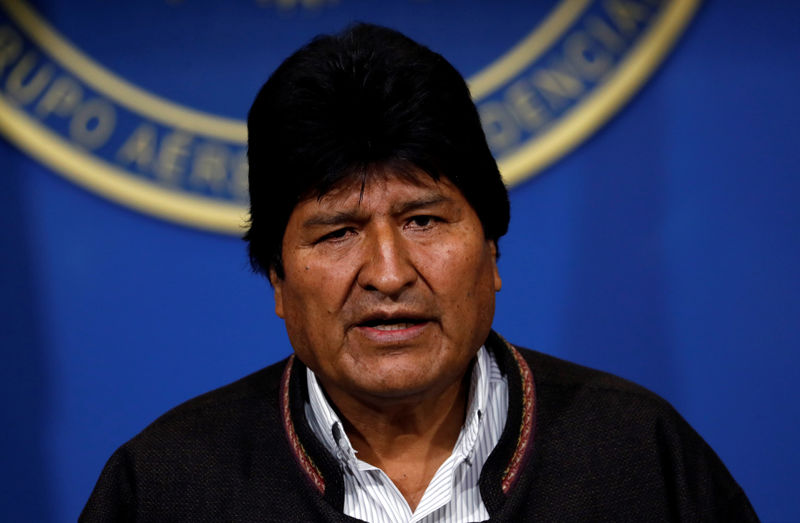 LA PAZ (Reuters) – Bolivian President Evo Morales said on Sunday he would submit his resignation as the South American country’s leader after the military suggested he step down and allies resigned amid a fierce backlash to a disputed election last month.