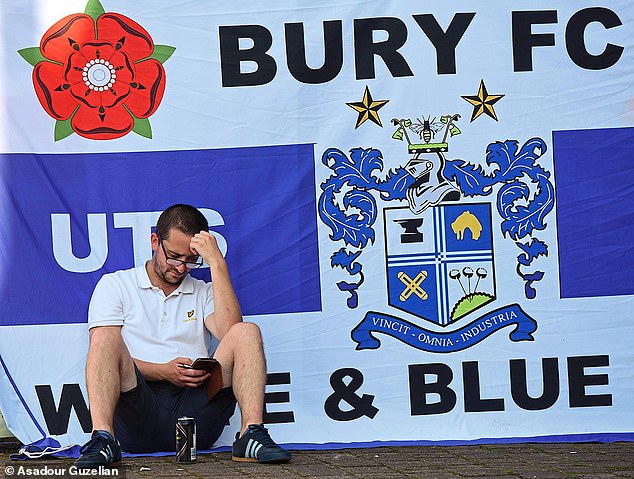 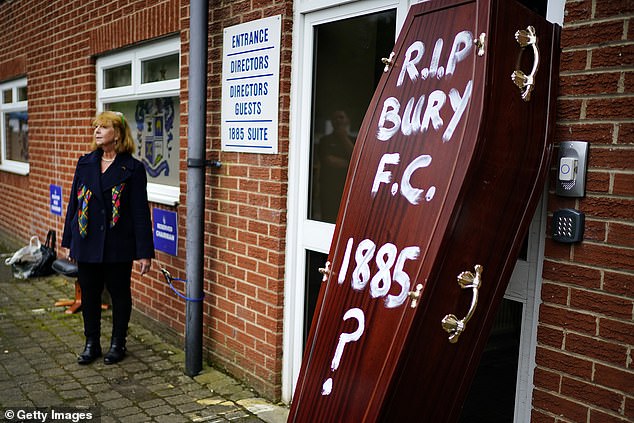 Bury Football Club will be liquidated on Tuesday following the breakdown in last-ditch talks with a consortium to save the club.

Supporters’ group Forever Bury confirmed an interested party withdrew their bid due to the complex situation involved in redressing the club’s finances.

The former League One club were expelled from the EFL in August after financial turmoil under owner Steve Dale, but all rescue attempts have so far failed.

A statement from Forever Bury said: ‘We regret to inform the supporters of Bury Football Club that the interested party who has been working with Forever Bury on a proposed bid to buy the club has confirmed this is no longer a viable prospect for them.

‘As matters have unfolded and the necessary due diligence has been undertaken, the complex, complicated and financially distressed situation at Bury Football Club has resulted in their decision to stand back from further discussions.

‘Resulting from this news, Forever Bury will not now be putting forward a legal defence against the HMRC winding up petition on Wednesday 16th October 2019, as we believe there is no longer adequate evidence to suggest a meaningful case could be made.

‘We will update you further as developments unfold.’

'He could get a trillion dollar deal and be worth every penny': Tyson Fury deserves the biggest boxing deal in HISTORY after crowning his...

Everton 'hopeful that their clash with Liverpool – which could see Jurgen Klopp's side crowned Premier League champions – will be played at Goodison...

'He could get a trillion dollar deal and be worth every...

Scientists discover a new type of contraction in pregnant women –...