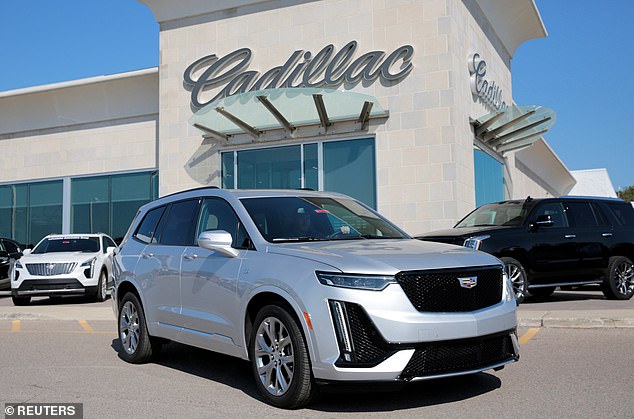 Cadillac president Steve Carlisle announced a plan to make the majority of the company’s cars electric by 2030, and potentially even all of them 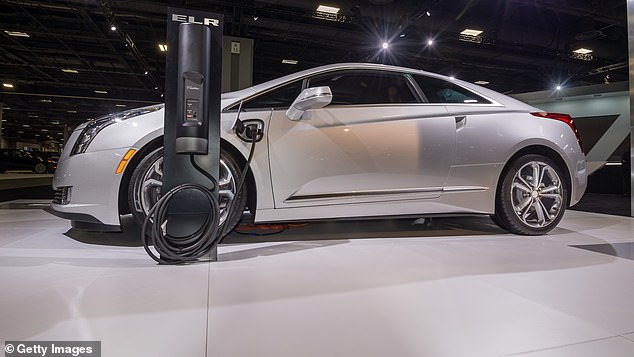 In 2016, Cadillac revealed the ELR (pictured above), a hybrid model, at the Washington D.C. Auto Show

The head of General Motors Co’s Cadillac luxury brand said on Thursday that a majority, and possibly all, of the brand’s models would be electric vehicles by 2030.

Cadillac president Steve Carlisle also said Cadillac was on track for “low double-digit” sales growth in China in 2019, despite a drop in overall sales in the world’s largest vehicle market.

Retail Cadillac sales in the United States were on track this year for their first increase since 2013, Carlisle said.

Cadillac has previously signaled a move toward electric models.

Carlisle also confirmed Cadillac would offer a large electric sports-utility vehicle (SUV) similar to the Escalade and that it could continue to sell internal combustion models alongside electric vehicles, depending on consumer demand.

GM expects to begin production of the large Cadillac electric SUV in late 2023 at its Detroit-Hamtramck plant as part of a planned $3 billion overhaul of the factory, sources have previously told Reuters.

GM’s luxury brand also plans to introduce a compact electric SUV in China in 2022, with a companion model slated to go into production in the United States in late 2023, suppliers said.

Cadillac showed a concept for a midsized electric SUV earlier this year.

The division will use names for its future electric models, moving away from number and letter names such as CT6 or XT5. “Escalade is an awesome name,” Carlisle said.

Cadillac will refresh its existing gasoline-powered models one more time over the next decade and then focus on the electric models, he said.

“None of us knows how quickly the transition will take place,” to a fully electric lineup, Carlisle said.

A key challenge for electric vehicles is driving range and Carlisle said Cadillacs will need a range of 300 miles to be competitive. Eventually, he said, “you need to be at 400 miles” with charging times in minutes.

GM executives have previously suggested that a more advanced version of Super Cruise was in the works. (Reporting by Joe White in Detroit; Editing by Shailesh Kuber and David Clarke)

Never use a domestic multi socket extension lead when charging your electric vehicle. If you do need to use an extension lead only ever use one that is suitable for outdoor use such as a reel cable.

Never ‘daisy-chain’ extension leads. The method of plugging more than one extension lead into another in order to reach a greater distance increases the risk of an electrical fire as well as electric shock.

Always buy your charging cable from a reputable retailer or directly from the manufacturer who will put such products through rigorous tests to ensure they meet UK safety standards.

Ensure you frequently check your charging cable for wear and tear and replace it if any damage is evident.

If you are charging from a 13A mains socket in your home, ensure the wiring in your property has been checked prior to doing so. Old wiring may not be able to cope with the demand from charging your vehicle overnight and risk a fire in your property.

The safest and most convenient way to charge your vehicle at home is through a dedicated wall box charging point. Ensure this is installed by a qualified, registered and competent electrician only. Use our ‘find an electrician’ page to locate one near you.

Take advantage of the on-going Government schemes aimed at relieving consumers of some of the cost linked to the installation of a home charging point.