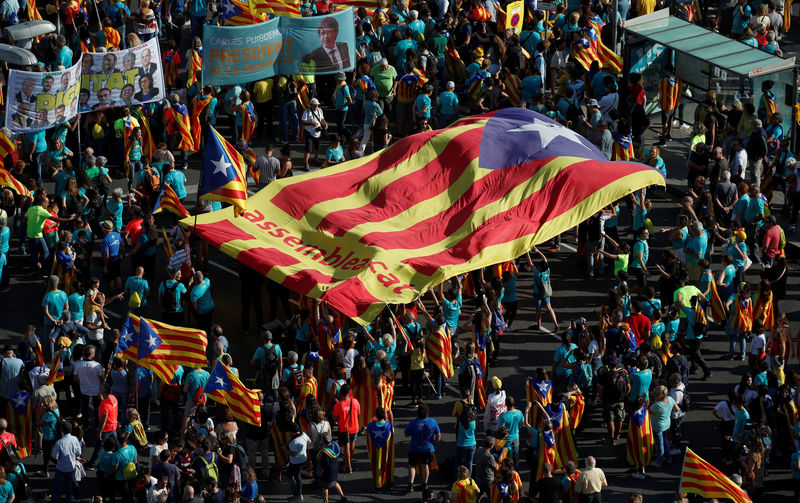 MADRID (Reuters) – Spain’s Supreme Court plans to convict and sentence Catalan separatist leaders to a maximum of 15 years in prison over a 2017 bid for independence, a judicial source said on Saturday.

The most prominent of the 12 Catalan leaders on trial would be found guilty of charges of sedition and misuse of public funds but none would be convicted and sentenced for the more severe charge of rebellion, the source told Reuters.

The decision was taken unanimously by the seven members of the top court, the source added. The verdict is expected to be signed by the judges and made public next week, most likely on Monday, the source said.

The trial’s top judge, Manuel Marchena, declined to comment on the media leaks.

However, he added that “everything is open (because) a ruling will not be completed until it is signed by every single judge.” Marchena was speaking to reporters at an event celebrating Spain’s national day in comments quoted by several Spanish media, including La Vanguardia and ABC newspapers.

The ruling could provoke a strong reaction in Catalonia, where a secessionist push two years ago triggered Spain’s biggest political crisis in decades.

It could also complicate Spanish politics in the run-up to the fourth national election in four years.

The charges stem from the leaders’ role in an October 2017 referendum, which was held despite being ruled illegal by Spanish courts, and a short-lived declaration of independence that followed in Spain’s most economically important region.

Nine of the 12 Catalan politicians and civic leaders have been in pre-trial detention for close to two years.

The public prosecutor had accused all the nine jailed leaders of rebellion charges and sought the longest prison term, 25 years, for Oriol Junqueras, former deputy leader of the Catalan regional government at the time. But the court plans to sentence him to 13-15 years in jail, the judicial source said.

Sedition is considered a crime against public order, while rebellion implies stronger actions.

The sentencing years would be lower for the other eight leaders already in jail, the source said. The three politicians who are currently out of prison would be found guilty of disobedience, which does not lead to imprisonment, it added.

In the trial’s final arguments in June, separatist leaders said they did nothing wrong and that they were being prosecuted for political acts, while some of their lawyers admitted that they could have been guilty of disobedience but denied the much more serious rebellion charge.

Separatist parties have called for massive but peaceful civil disobedience if the leaders are not acquitted.

Pere Aragones, a top official of left-wing Catalan separatist Esquerra Republicana de Catalunya (Catalonia’s Republican Left), whose chairman is Junqueras, said on Saturday that a ruling that did not acquit the defendants would be “completely unfair”.

“They have tried to behead us and now they want to culminate it but they will not achieve it … They will not make disappear the millions of separatists in this country,” the party quoted him as saying. Aragones was speaking at a party event.

“Whatever the sentence is he must stick to it, not pardon [the jailed leaders] or give them undeserved privileges in prison,” said Ciudadanos’ parliamentary spokeswoman Ines Arrimadas at a unionist rally in Barcelona.