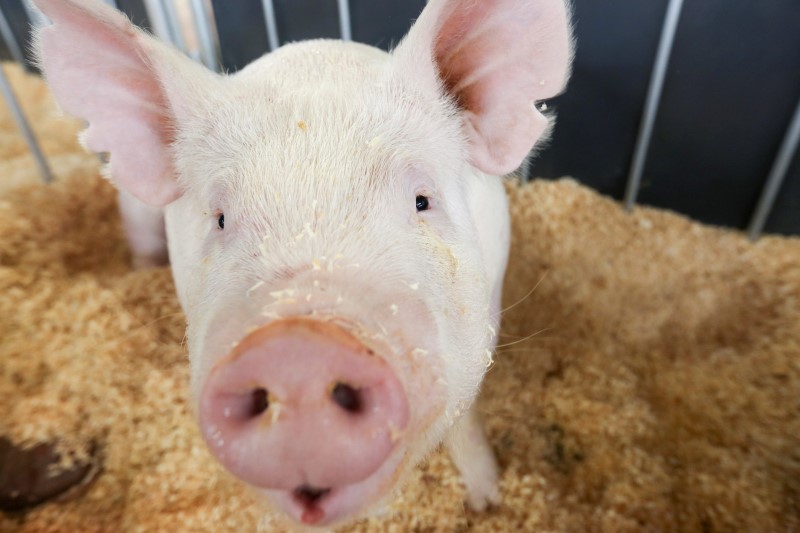 (Bloomberg) — China said it is encouraging companies to buy U.S. farm products including soybeans and pork, and will exclude those commodities from additional tariffs, in the latest move to ease tensions before the two sides resume trade talks.

The Commerce Ministry’s announcement on Friday follows a move earlier this week to exempt a range of American goods from 25% extra tariffs put in place last year, as the government seeks to lessen the impact from the trade war. China didn’t specify the amount of purchases of pork and soybeans, which are key exports from agricultural states important for President Donald Trump’s 2020 reelection bid.

Equity markets have rebounded in recent days as both Trump and Chinese leader Xi Jinping sought to lower tensions that are clouding the outlook for the world’s biggest economies. Adding to the pressure on Beijing, China is facing pork shortages that are pushing up prices during a holiday period, prompting officials to ration sales in some areas. Still, major differences on the substantive issues that sparked the trade war remain.

“It is hoped the U.S. side can keep goodwill reciprocity with China through practical actions,” Global Times editor-in-chief Hu Xijin said in a tweet shortly before the move was announced.

Trump administration officials have discussed offering a limited trade agreement to China that would delay and even roll back some U.S. tariffs for the first time in exchange for Chinese commitments on intellectual property and agricultural purchases. Working-level teams from both countries are set to meet next week.

Soybean futures were little changed in Chicago after the Xinhua announcement. Prices had jumped 3.3% on Thursday and hog futures rose the most allowed by the exchange amid optimism that China will boost imports of American farm products. The U.S. government also cut its outlook for soybean stockpiles more than expected in a monthly crop report.

The Shanghai Composite Index increased for a second consecutive week, and the S&P 500 Index was on course for its third straight week of advances.

The Chinese government is growing increasingly concerned about soaring prices and its potentially to mar celebrations for the 70th anniversary of the People’s Republic of China’s founding on Oct. 1. China is hoping to import 2 million tons for the year, some of which would be added to state reserves, according to people with knowledge of the plans.

China bought about a million tons of pork so far this year, of which about 87,771 tons were from the U.S., according to Chinese customs data. Even if purchases tripled, imports would only make up about 6.6% of domestic supply, Citigroup Inc (NYSE:C). said in a report on Sept. 12. The world’s biggest consumer of pork accounted for about half of global demand last year, while it produced about 54 million tons, Citigroup said.

More imports are only going to go part of the way to addressing shortages. The country is likely to see a 10 million ton pork deficit this year, more than the roughly 8 million tons in annual global trade, according to Vice Premier Hu Chunhua. That means the country will need to fill the gap by itself, he said.

China’s Fight Against Pork Prices Could Include U.S. Imports

China had halted U.S. farm-product imports in August after trade-deal negotiations deteriorated. Before that, Beijing had given the go-ahead for five companies to buy up to 3 million tons of U.S. soybeans free of retaliatory import tariffs, people familiar with the situation had said.

The goods exempted from additional tariffs this week by China included pharmaceuticals, lubricant oil, alfalfa, fish meal and pesticides. The exemptions are effective from Sept. 17 to Sept. 16, 2020, and will cover 16 categories of products worth about $1.65 billion, according to Bloomberg calculations based on China’s 2018 trade data. Further rounds of Chinese exemptions will be announced in due course, the ministry said.

Wednesday’s exemptions apply to the round of tariffs Beijing imposed on U.S. goods starting last July in retaliation for higher U.S. levies. China began accepting applications for tariff exemptions in May, but it is the first time they have stated which products will be excluded. The U.S. Trade Representative’s Office has announced six rounds of exclusions for the punitive tariffs on $34 billion in Chinese goods since December.

“We can all see there is a likelihood of a mini-deal given China’s pork problems and to a lesser degree the 2020 election issue,” said Michael Every, head of Asia financial markets research at Rabobank in Hong Kong. “Does this mean we get a ‘real deal’? Let’s just say that this is still highly unlikely.”