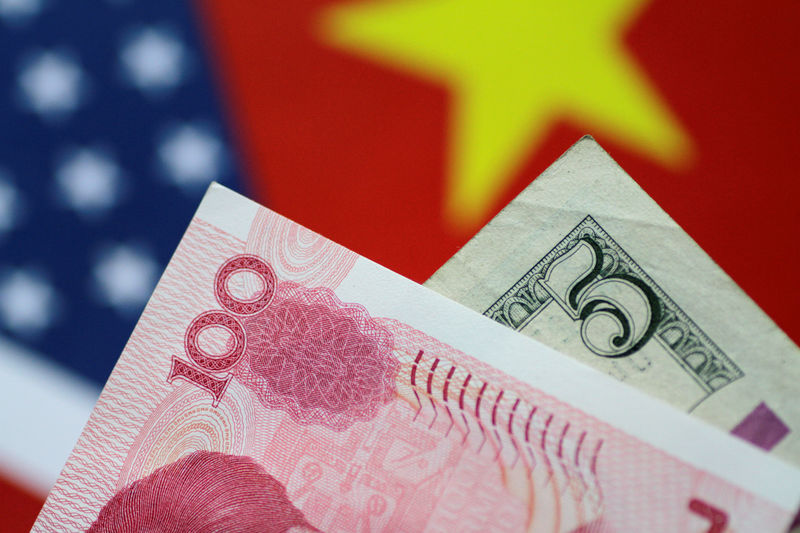 BEIJING/SINGAPORE (Reuters) – China’s foreign exchange reserves rose for a fifth straight month in March, with the increase exceeding expectations, as growing optimism about the prospects for a U.S.-China trade deal offset concerns over slowing economic growth.

Economists polled by Reuters had expected reserves would rise $5 billion to $3.095 trillion.

“The U.S. dollar index strengthened slightly in March due to China-U.S. trade talks, the revised policy outlooks of central banks in Europe and America as well as uncertainty over Brexit…China’s forex reserves expanded marginally,” China’s forex regulator said after the data release.

The State Administration of Foreign Exchange (SAFE) added that with the economy expected to maintain reasonable growth and improved flexibility in the yuan exchange rate, the country’s forex reserves will remain stable.

The yuan fell 5.3 percent against the dollar last year as trade relations with the United States deteriorated and the Chinese economy slowed. But it has rebounded over 2 percent so far in 2019 on hopes Washington and Beijing will reach an agreement to end their bruising trade war

U.S. and Chinese negotiators wrapped up their latest round of trade talks on Friday and were scheduled to resume discussions this week to try to secure a pact that would end a tit-for-tat tariff battle that has roiled global markets.

But the outlook for the dollar is expected to remain soft after the Federal Reserve last month abandoned projections for further interest rate hikes this year on signs of an economic slowdown in the United States.

Assuming continued dollar weakness and progress in trade talks, the yuan will likely hold on to its recent gains and appreciate modestly over the coming year, according to analysts in a new Reuters poll. It last traded around 6.72 to the dollar.

U.S. President Donald Trump said on Thursday that a trade deal could be announced in the next four weeks. But the U.S. trade office said on Saturday that significant work remains to be done. Discussions are set to resume this week.

For much of last year, global investors worried about the risk of capital flight from China as the economy cooled, and debated how much yuan weakness Beijing would allow, though strict capital controls kept outflows in check.

More recently, with the dollar on the backfoot, attention has turned to how much upward pressure Chinese policymakers will be comfortable with, as foreign inflows into the country’s financial markets look set to boost the currency.

Chinese stocks have rallied more than 20 percent this year on trade deal hopes, while some Chinese bonds were added on April 1 to the Bloomberg Barclays (LON:BARC) Global Aggregate Index, one of the most widely tracked fixed income benchmarks.

UBS Asset Management estimated this phase of bond inclusion will introduce $250-$500 billion of passive money alone, and possibly trillions of dollars if active money is counted.

The tide may also be turning for China’s economy, with business surveys showing March manufacturing activity returned to growth, suggesting months of government stimulus measures are starting to take hold.

If sustained, improving economic data could prompt markets to scale back expectations of further policy easing, though analysts still expect several more cuts in banks’ reserve requirements this year, possibly as soon as next week.