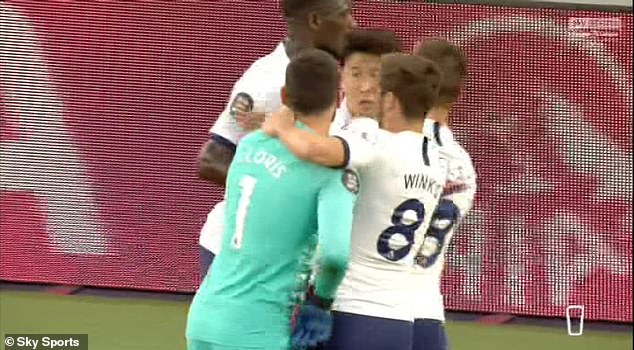 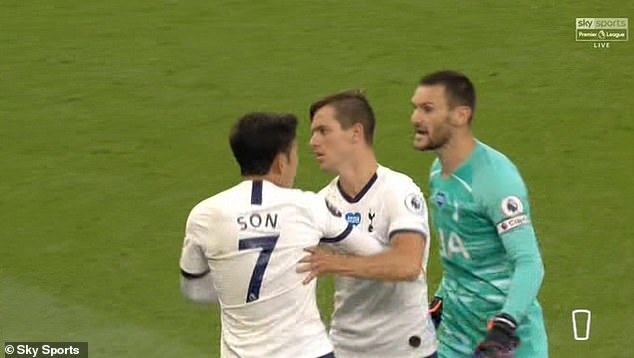 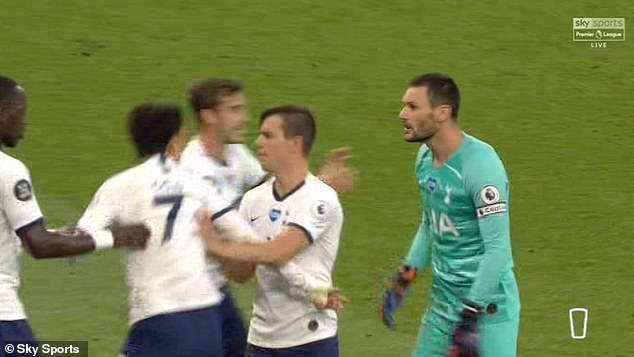 The Frenchman pushed the attacker and Giovani Lo Celso, Harry Winks and Moussa Sissoko had to intervene to separate the pair as they walked into the tunnel 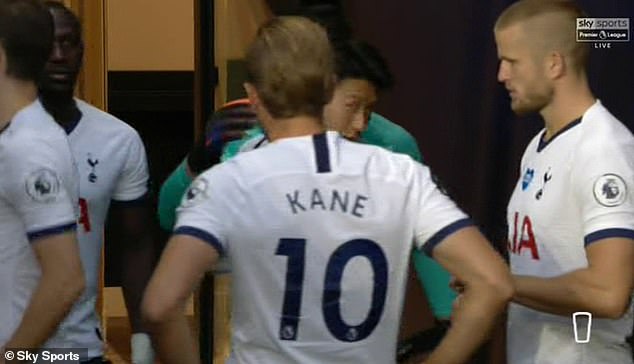 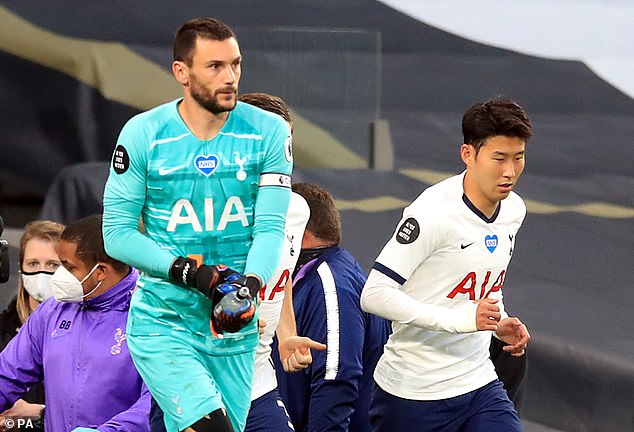 That rumble between Hugo Lloris and Son Heung-min at half-time was not pretty. It’s not a good look for Spurs. Wait until you get into the dressing room if you want to flatten someone. That’s the way it’s done in football.

Jose Mourinho spoke about Tottenham’s togetherness ahead of this match. But maybe they aren’t as together as we think, judging by what happened between the pair.

I was on the bench when David Batty and Graeme Le Saux had a ding dong in 1995 when our Blackburn team played Spartak Moscow. It wasn’t great.

And I was surprised to see the Spurs lads lose it on Monday night and have to be separated by their fellow players.

It wasn’t what you would want to see if you’re a Spurs supporter.

There was no need either — Tottenham edged it in the first half. It ought to have been Everton and Carlo Ancelotti who were frustrated heading for that tunnel.

'I pray for them to do it': Kolo Toure believes Manchester City HAVE to win the Champions League this season and can banish Tottenham...