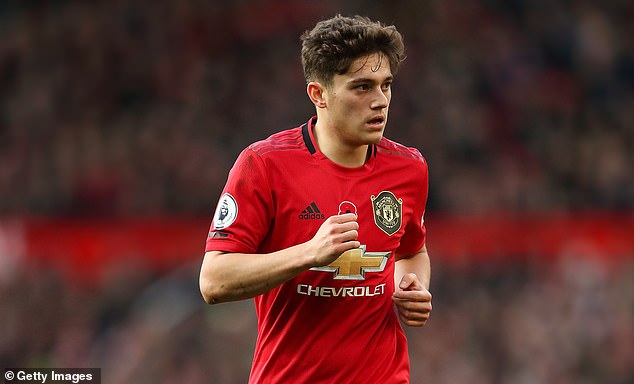 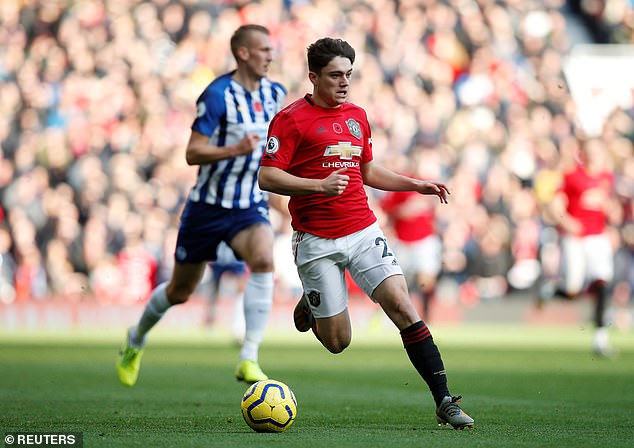 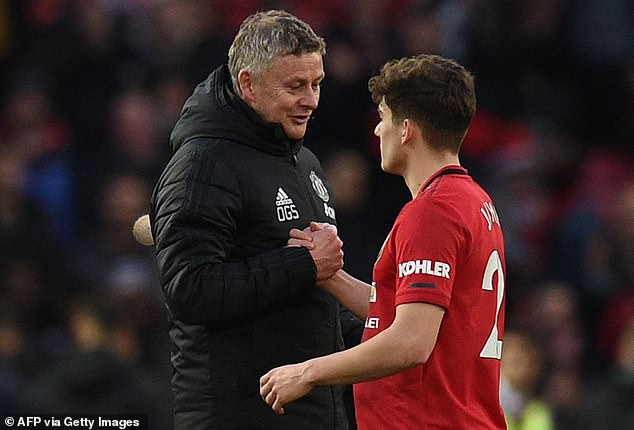 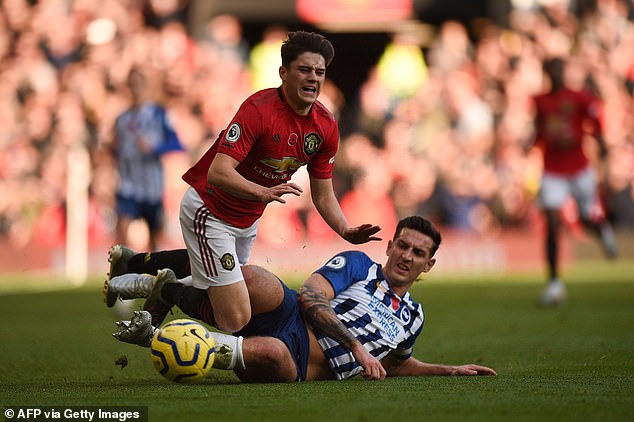 Dan James admits he is still coming to terms with being a Premier League star at Manchester United and has to remind himself: ‘I’m here for a reason’.

James gave another excellent display on the right wing for United in Sunday’s 3-1 win over Brighton at Old Trafford.

Brighton manager Graham Potter, who gave James his full debut at Swansea City, acknowledged afterwards that James wasn’t even a first-team regular in the Championship this time last year.

The Wales winger, who turned 22 on Sunday, is making the most of his opportunity following a £15million move from Swansea to United in the summer.

James has played more games under Ole Gunnar Solskjaer than many people expected, but he admits that making the transition has not been easy.

‘Coming in was always going to be tough and it was going to be different from playing in the Championship,’ he said. ‘I think I’ve taken it in my stride, tried to calm myself down a bit and think “I’m here for a reason”.

‘At the start of the season, I maybe didn’t think I would play as much. Every game I’ve been learning and the gaffer has trusted me and I’ve really enjoyed it.’

James has formed a lightning forward line with Marcus Rashford and Anthony Martial that epitomises the quick, counter-attacking football Solskjaer wants at United.

He added: ‘We’re really enjoying our football at the minute. Maybe it’s taken a few weeks to mould but we’ve all got that connection together and it’s important.

‘Since Anthony has come back in, we’ve got that focal point. He’s a great link-up player. He can come short or go in behind.

Asked who is the fastest between him and Rashford, James replied: ‘Marcus says me but I think we would have a good race!’

James’s pace means that he has been on the receiving end of some rough treatment from defenders, from United’s pre-season tour right through to Sunday’s game when Lewis Dunk and Dan Burn were both booked for talking down him down. Dunk’s challenge conceded the free-kick that led to United’s second goal.

‘I’ve been used to it,’ said James. ‘Last season in the Championship I had a lot of hits. If a defender hits you and you stay down, he might think he’s got the better of you so to get up and keep going is important.

‘It’s part of the game. If I can get forward and win free-kicks high up then it’s good. It’s important to keep getting back up, keep playing and I enjoy it.’

'What is the difference? Attitude, attitude, attitude': Graeme Souness slams Chelsea after they were 'second best' in Sheffield United thrashing and Micah Richards hits...