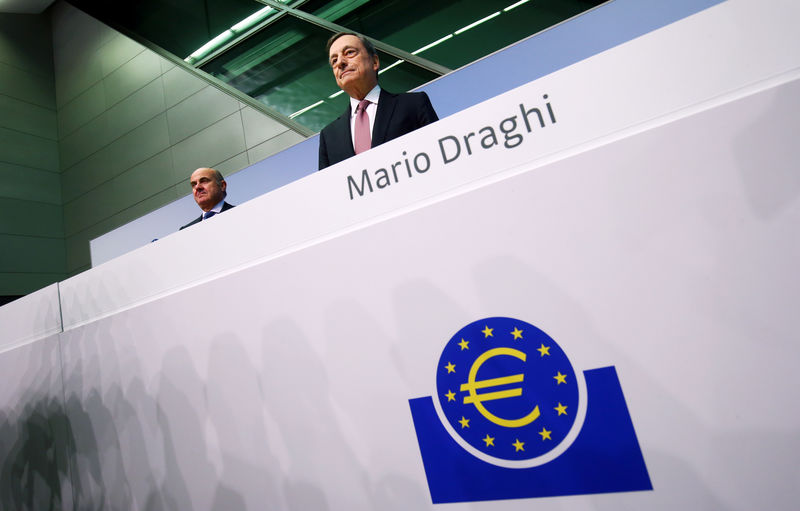 Next to a photomontage of Draghi with fangs and dressed as a vampire, Bild’s headline read: “Count Draghila is sucking our accounts dry.”

Hoping to kick-start economic activity nearly a decade after the euro zone’s debt crisis, the ECB on Thursday cut interest rates deeper into negative territory and promised bond purchases with no end-date to push borrowing costs even lower.

The bigger-than-expected stimulus immediately fueled concerns among frugal Germans, who have complained for years that the ECB’s low interest rates are denying them a decent rate of return on their savings.

“The horror for German savers goes on and on,” Bild wrote.

The newspaper has taken aim at Draghi before.

During the euro zone crisis, Bild gifted the Italian a spiked Prussian helmet from 1871 to show its confidence that he would adhere to German-style discipline. Draghi put the helmet on a shelf in his office.

“Most contracts that customers have with their banks do not currently allow such penalty rates, so the problem is not acute,” Scholz said. “Banks’ boards are wise enough to grasp what they would trigger with such penalty rates.

But Joachim Wuermeling, a board member of Germany’s central bank, the Bundesbank, struck a different tone: “Banks could soon pass on lower interest rates to even more customers,” Wuermeling told Focus magazine.

Nobody should be surprised if banks demanded higher fees and were mulling negative interest rates, Wuermeling said. “It may be necessary from a business and banking supervisory point of view,” he added.

Germans have long looked to the Bundesbank as a pillar of stability and guarantor of a stable currency.

Formed in 1957, the German central bank was a model for central bank independence in the years that followed, but its president is now just one voice on the ECB’s Governing Council.

Asked whether the new measures were a mistake, Holzmann, who has a seat on the ECB Governing Board, told Bloomberg TV: “I’m sure this idea crossed the mind of some people and it definitely crossed my mind.”