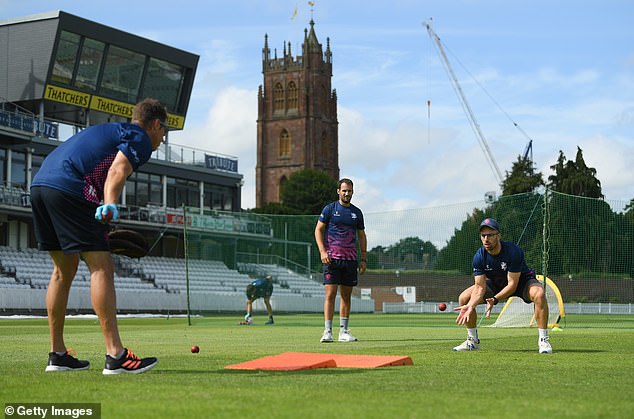 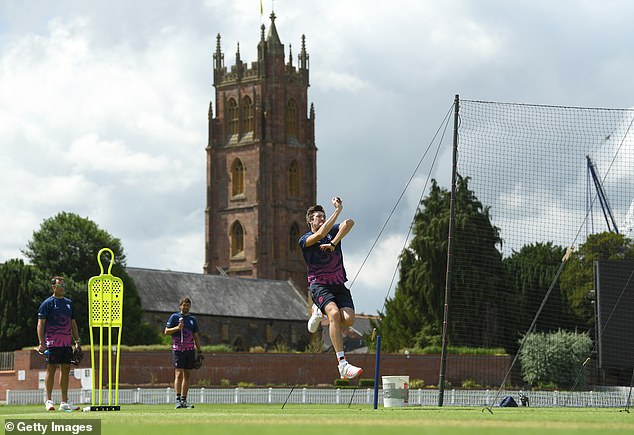 County cricket reported 17 suspected cases of coronavirus before it shut down earlier this year, Sportsmail can reveal.

The number, made up of 13 players and four members of clubs’ coaching and support personnel, was collated by the ECB prior to the March 23 lockdown and therefore before testing procedures were introduced to top-level sport.

Investigations by the governing body’s science and medicine team suggest that each individual contracting of Covid-19 type symptoms emanated from outside the cricket community and unearthed no evidence of any transmissions in pre-season training.

Those findings, plus the fact that more than 700 tests carried out on players and other key figures involved in England’s upcoming biosecure Test series against West Indies have come back negative, provided the ECB with confidence that counties could resume competitive action from August 1.

The last of the 18 county squads, including Middlesex, Somerset and Nottinghamshire, return to training on Wednesday and will initially follow the same protocols set for international series practice over recent weeks, training in small clusters to begin with before expanding into larger groups closer to the playing start date.

In contrast to their England counterparts, however, players will not undergo regular testing for coronavirus.

Instead, they will be subject to targeted surveillance whereby only those deemed necessary – based on mapping of regional risk through public health data, contact tracing and an individual’s personal household risk – would be checked before entering the playing environment.

The targeted testing scheme is viewed as more appropriate at a time when the virus is on the decline.

However, the counties are aware that any resurgence could lead to the implementation of an antigen testing programme which would include playing squads and coaches heading into isolation before matches.

Counties have been advised that an eight-week programme of immediate on-site swab tests would cost a minimum of £1million plus additional administration and logistics charges.

Although plans are nowhere near as robust as those for England matches, insiders say that the primary reason that the ECB have maintained such levels is to reassure the touring teams of West Indies and Pakistan that every precaution has been taken. The International policy for September is to be reviewed at a later date.

The ECB say the safety of players ‘remains key’ and all will be subject to providing their written consent to opt-in to training and matches. General medical checks and temperature checks will be made daily.

Each county has their own Covid-19 officer to enforce a new county coronavirus code of conduct. They will be on call 24/7 at additional expense while medical staff, exclusive of usual club physios, will be hired on match days to ensure enhanced emergency protocols can be adhered to. Visiting teams will be notified of an individual venue’s Covid policies at least four days in advance.

Hotel stays – required if the 18 county chairmen vote through a plan to play longer-form cricket next Monday – must be on a single-occupancy basis and clubs are being encouraged to explore sole buy-outs of establishments or book extra isolation rooms.

Travel in individual cars is understood to have been recommended but the use of coaches, with appropriate ventilation in line with government guidelines, could be permitted.