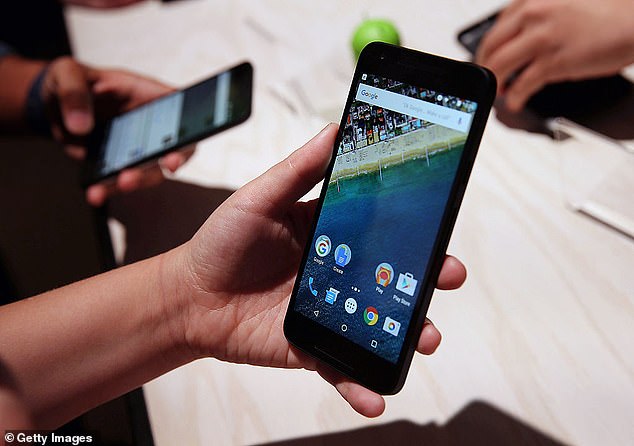 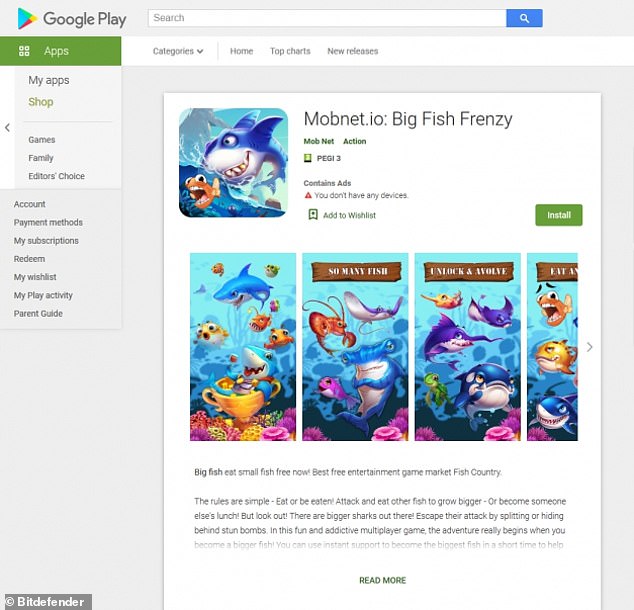 According to Bitdefender, Google is aware of the 17 exploitive apps and is in the process of having them removed from the store 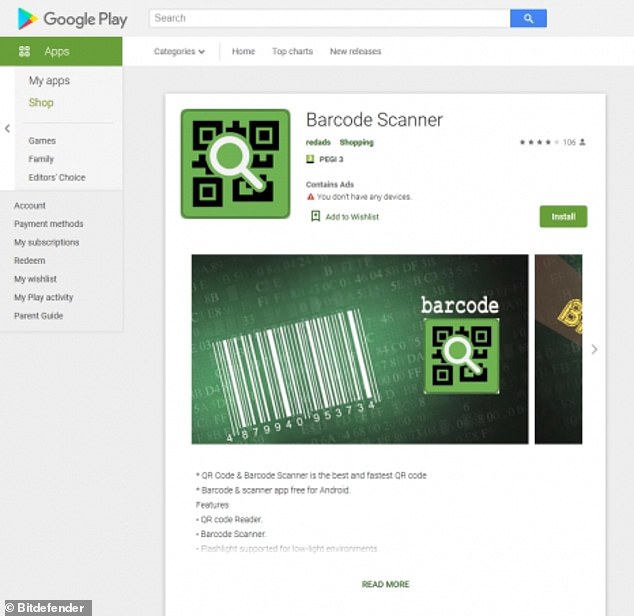 The apps are designed to function normally for several hours to avoid raising any immediate concerns, then they split themselves into multiple directories and often the app icon will disappear completely, making them almost untraceable 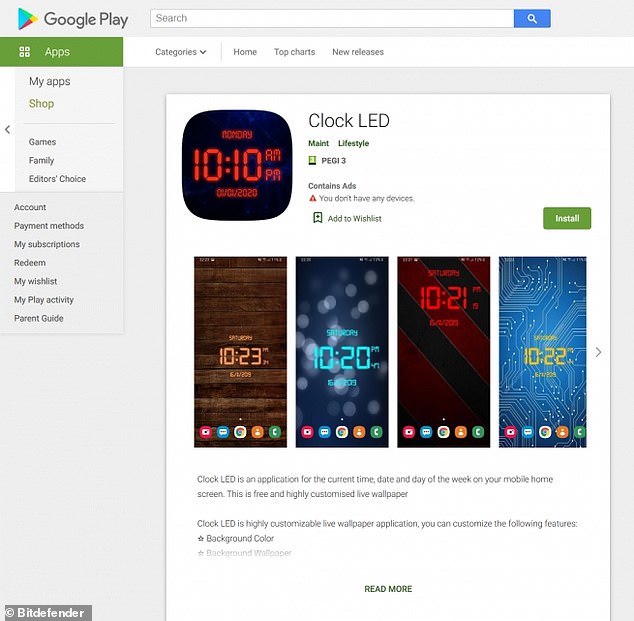 The apps will cause a random but persistent string of streaming video ads and pop-ups to appear on a person’s phone, gradually draining their battery 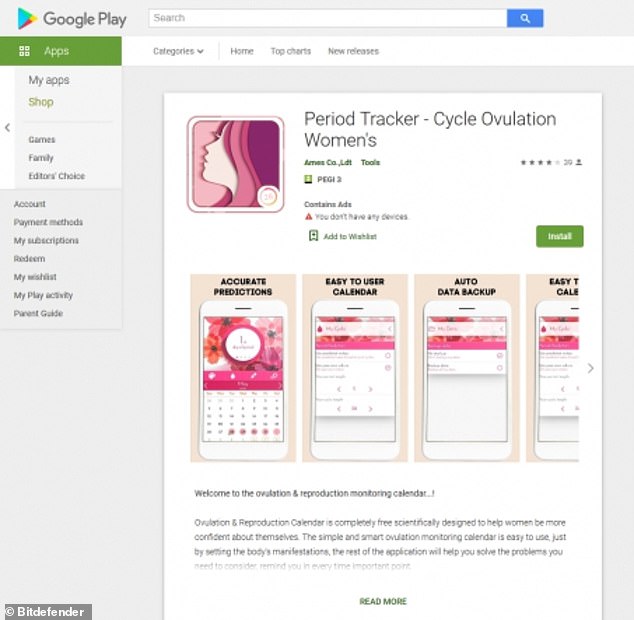 The apps include a wide variety of different functions, inlcluding a period tracker, a car racing game, QR code readers, and more

Cybersecurity firm Bitdefender has discovered a group of 17 apps on the Google Play store that will randomly run ads on a user’s phone, even when the apps are closed.

These apps include a barcode scanner, a car racing game, a weather app, an ovulation cycle tracker, several 4K wallpaper apps, and a QR code scanner.

Though it appears the apps come from different developers, they have similar effects on a users phone.

After each is downloaded, they’re designed to operate normally for several hours to avoid detection, then they split their core files into multiple directories to further evade malware detection tools.

After this initial period, the apps will begin to download or stream popup advertisements using the phone’s data and draining its battery life.

The apps don’t need to be open for the ad pop-ups to appear, and they’re coded to appear at random times to make it hard for users to anticipate.

Many of the apps are also designed to actually remove their icons from the phone once the ad streaming begins, making it even more challenging to track down the source.

According to Bitdefender’s report, the group of 17 apps have been downloaded more than 550,000 times.

Google has said they’re aware of the apps in question and are in the process of removing them from the Google Play store.

The user reviews for many of the apps are filled with warnings expressing shock that the apps slipped past Google’s malware detection tools.

‘The app is showing full screen ads and that is all. Don’t ever install it. I am writing to complain to Google store,‘ one user writes.

‘This app went invisible from the menu and kept consuming battery, and spamming ads on other apps! Don’t download this one,’ claims another.

‘Horrible intrusive ad popups even when the app is closed. I would give 0 stars if I could,’ another says.

Northampton faces lockdown after nearly 300 workers at a sandwich factory...