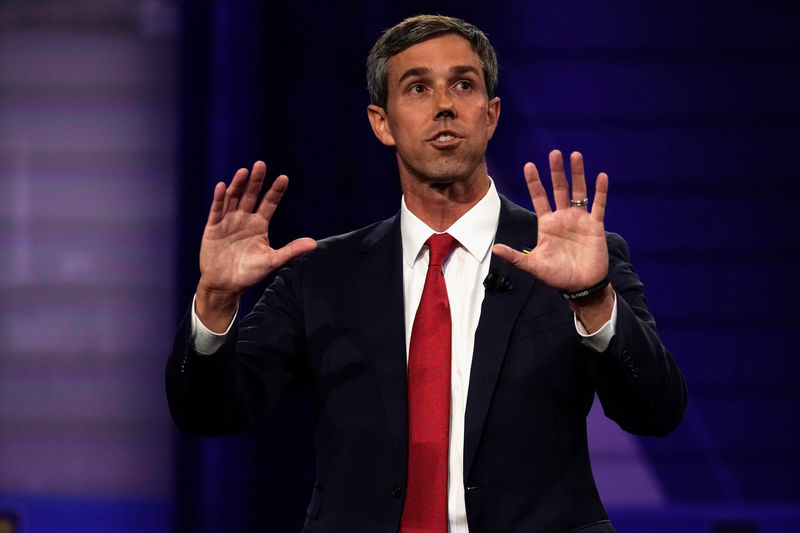 (Reuters) – Former Texas Congressman Beto O’Rourke raised $4.5 million during the third quarter of 2019 for his campaign for the Democratic Party’s presidential nomination, his campaign said Friday.

O’Rourke, who entered the race with great fanfare after a near-successful senate run against Republican Senator Ted Cruz in Texas last year, brought in about $1 million more in the three months ending Sept. 30 than he did during the prior quarter. However, his haul was a fraction of the more than $25 million raised by the top fundraiser, Vermont Senator Bernie Sanders.

O’Rourke is in seventh place among the 19 Democrats seeking the party’s nod to take on Trump, a Sept. 30 Reuters/IPSOS opinion poll shows, with support from 2% of Democrats and Democrat-leaning independents. That is down from 4% in June.

O’Rourke’s campaign was surprised that his fundraising totals weren’t higher, said spokeswoman Lauren Hitt, because other indicators showed increasing enthusiasm for him among voters on the campaign trail.

The campaign said in a slide show seen by Reuters that the candidate had stopped fundraising for two weeks in August after a mass shooting in O’Rourke’s hometown of El Paso, citing that as one reason for the disappointing haul.

The campaign also blamed the news media for making it seem that the race had come down to the two frontrunners, former Vice President Joe Biden and Massachusetts Senator Elizabeth Warren.

He expected to do better in Nevada, where his advisers are aiming for a top-three finish, she said. O’Rourke remains popular in delegate-rich Texas, she said.

Lando Norris brought back down to earth after Austria heroics as...