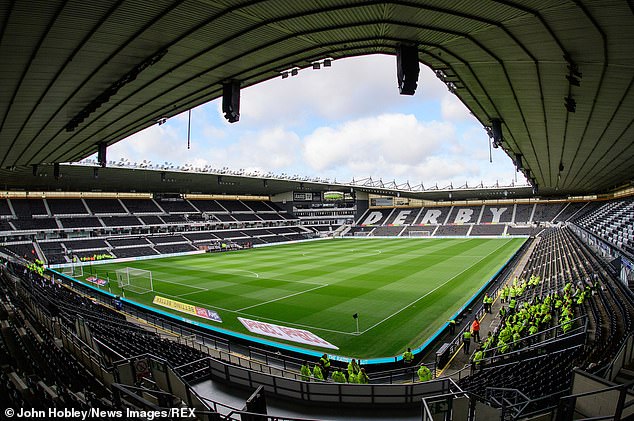 Derby directors David Williams and John Kirkland have stood down from the board.

The move comes amid reports of potential new investment in the Sky Bet Championship side, with Williams describing his departure as ‘a natural step’ in the circumstances.

He told the club website: ‘I have thoroughly enjoyed my time on the board but with the club preparing itself for potential new investment, I feel it is a natural step to move aside and allow my place on the board for any new investor.’

Kirkland, a former club president under previous ownership, added: ‘I now will be spending more of my time in the United States of America and therefore it would be difficult to give Derby County the time the club, the board and the fans deserve.’

Executive chairman Mel Morris said: ‘I would like to place on record the fantastic work that both David and John have done and – on a personal and professional level – the support they have given myself, the executive team and the club, putting us in a position where we are very much ready for the next step forward.’

Williams and Kirkland had held roles as non-executive directors since 2017.

Three pubs are forced to close because customers test positive for...

Leicester's Covid-19 infection rate has dropped 13% in a week but...