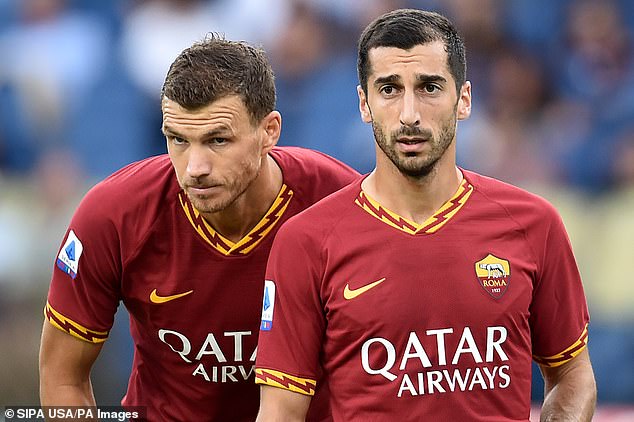 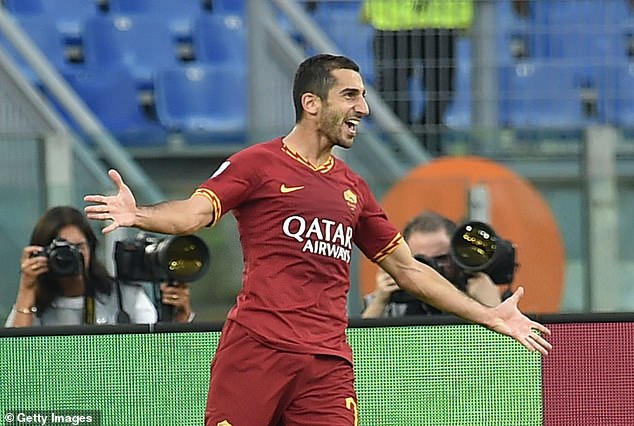 Eden Dzeko wants Arsenal loanee Henrikh Mkhitaryan to make his stay at Roma a permanent one.

The striker was an admirer of the Armenian’s talents before he joined the Serie A side and has been impressed so far.

He told Sky Sports: ‘I expect it from him. I know him as a great player, and he is a very good addition to our attacking team who wants to play football.

‘I am one hundred per cent sure he is going to be a big help for us. I was definitely happy to see this transfer happen.’

Earlier this month, Mkhitaryan’s Armenia beat Dzeko’s Bosnia and Herzegovina 4-2 in a Euro qualifier with both men getting on the score sheet.

Dzeko continued: ‘After we played for our national teams and he scored two goals against us I told him ‘my friend, next games you have to score for Roma as well!’

‘He’s a great pro. I remember him also from Borussia Dortmund times and he will be a big player for us. Hopefully, he can stay a long time here.

‘Hopefully he will [stay]. He will see that we are playing football here and immediately he scored a goal, so hopefully he can have more goals and a lot of assists for us.’

Brendan Rodgers urges Jamie Vardy to fire Leicester to Carabao Cup final while he has the chance: 'The older you get there may be...

Premier League clubs were warned that scheduling matches during the winter break could damage the MENTAL HEALTH of players… as Jurgen Klopp refuses to...

Blow for Chelsea as Edinson Cavani's agent 'lands in Madrid in bid to seal move to Atletico'… but PSG must reduce their £25m asking...