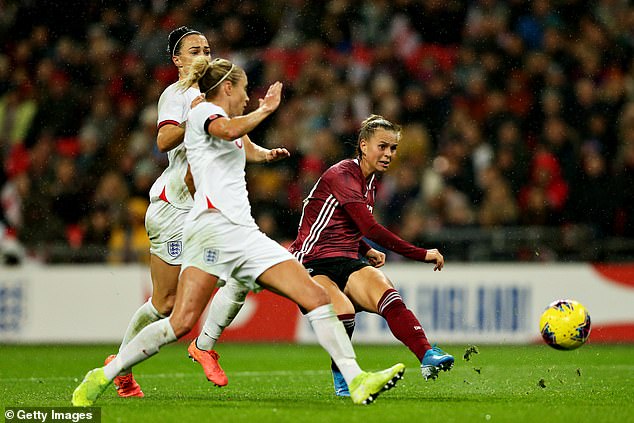 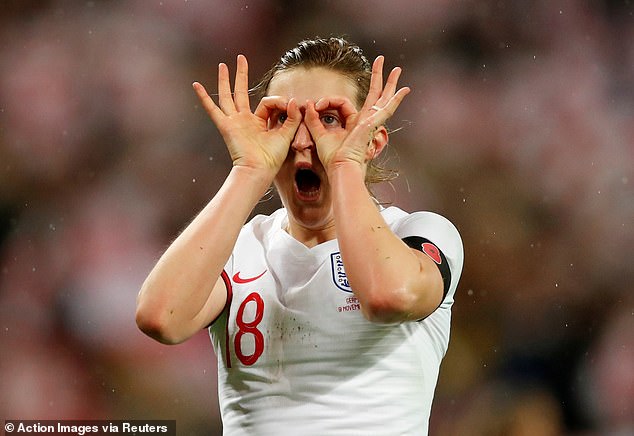 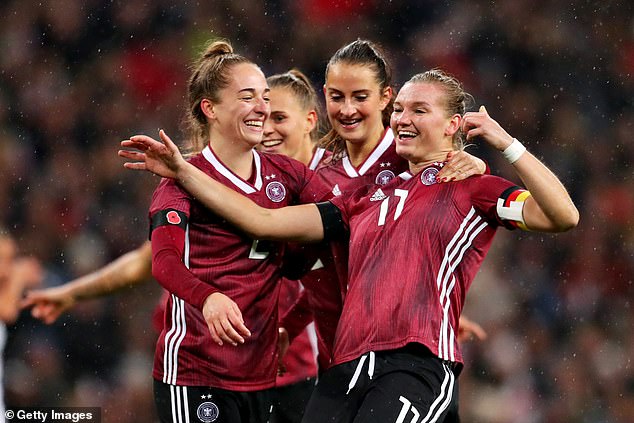 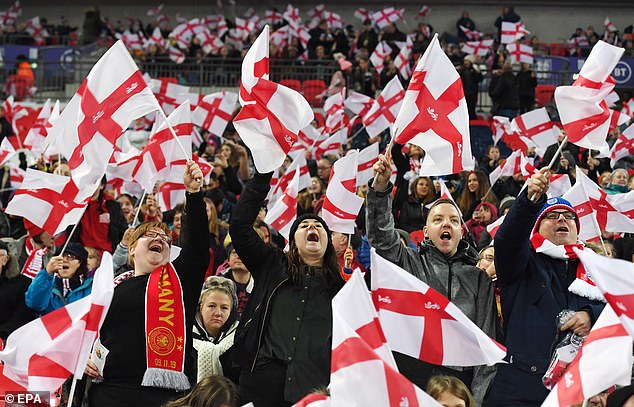 A record crowd for an England women’s game of more than 77,000 supporters turned up in the pouring rain at Wembley on Saturday to watch a friendly. But even though some things are changing in football, some are not. Germany has a habit of spoiling some of our biggest football occasions and landmark occasion or not, this was no different.

So even though the crowd was something to celebrate, even though it confirms a trend where the women’s game is winning new respect and new fans week by week, it could not protect the England team from the heartbreak of losing to a 90th minute winner from Klara Buhl after they had dragged themselves back into the game.

Nor could it protect England boss Phil Neville from some awkward questions. After reaching the semi-finals of the World Cup last summer, his England team has not progressed. In fact, they have gone backwards. This 2-1 defeat to a Germany side that was knocked out in the quarter-finals in France means England has now won only once in their last seven games.

‘There is no hiding from that fact that we have gone backwards since the World Cup,’ Neville said.

‘One in seven is totally unacceptable. It is not what I see as success and we need to do something about it very quickly. We can talk about the emotional highs of the World Cup, but when you get into November that becomes an excuse. And we’re not having any excuses.

‘In terms of where we’re at, what we want to achieve and where we want to go, it starts with me. I’ve got to take responsibility for those results. I’m the one that picks the team. I’m the one that sets the tactics, I train them. So, ultimately, the buck has got to start with me and finish with me because the team always reflects the manager. At this moment in time, the results aren’t good enough, which means I’ve not been good enough.’

But interest feeds on success and England were unable to deliver the victory or the performance they so desperately wanted to provide to make sure that some of the fans who were coming to their first game of football would hurry back. There was still much to admire but the game’s two outstanding players, Dzsenifer Marozsan and Sara Dabritz, both wore Germany colours.

The new attendance mark comes at a time of significant momentum shifts in the women’s game. Almost every week seems to bring new attendance records in some area of the sport and breakthroughs in the respect it is shown by national associations, which are beginning to realise women’s football is becoming a powerful force.

The process was accelerated by the Women’s World Cup last summer when 11.7m viewers watched England’s semi-final defeat to the USA, a new high for women’s football in this country, and the charisma and skill of US players like Megan Rapinoe, who is leading the fight for equal pay with the US men’s team, caught the public imagination.

Just last week, it was announced that the Matildas, the Australian women’s team, had agreed a new four year deal that would see them paid the same as the Socceroos, the men’s team.

Earlier this season, Manchester City smashed the attendance record for a match in the FA Women’s Super League when 31,213 fans watched the first WSL derby between City and Manchester United at the Etihad Stadium.

Next weekend, more big crowds are expected when Spurs play Arsenal in the WSL at the new Tottenham Hotspur Stadium and Liverpool women play their Everton counterparts at Anfield.

The challenge, though, is obvious. FA Women’s Super League attendances are rising but a fortnight ago, Everton v Brighton pulled in 331 supporters to Haig Avenue in Southport.

After that bumper crowd at the Etihad, City could only attract 1,834 fans to the Etihad Campus for their match against Birmingham City. Those attendances need to start rising, which is part of the reason why so much importance is attached to showpiece occasions like Saturday night.

Germany cared little for the statistics and the trends. They showed right from the start that they had not come to Wembley to act as the patsies for England’s big occasion.

For most of the first half an hour, the visitors were in a different league to their opponents. Germany controlled midfield and played some lovely possession football. England were reduced to chasing shadows.

Germany nearly took the lead in the third minute. They ran at the retreating England defence and when the ball was slipped through to Alexandra Popp on the left, her fierce rising drive was tipped on to the bar superbly by Mary Earps. It was only a short reprieve. Dzsenifer Marozsan and Sara Dabritz had a stranglehold on midfield and soon they made their dominance pay.

Marozsan was given too much time on the right and dinked in a clever ball to Klara Buhl. She touched the ball back to Kathrin Hendrich whose cross evaded both Steph Houghton and Leah Williamson. Popp headed powerfully towards goal but the ball was at a height that meant it should have been saved by Earps. The England keeper seemed to mistime her dive, though, and the ball evaded her flailing hand.

Germany dominated the game effortlessly for the next 20 minutes, playing the kind of football that made it puzzling to remember that they had been knocked out of the World Cup in the quarter-finals last summer. The only discordant note was a terrible high and late tackle by Sara Doorsoun on Beth Mead. Doorsoun should have been given a straight red card. She escaped with a yellow.

Ten minutes before half time, England finally sprung to life. Ellen White, who had been presented with the World Cup Bronze Boot before the match for her goalscoring feats in France, turned provider and fed a neat pass through to Mead, who was brought down by Merle Frohms as she raced into the box.

Nikita Parris, who missed two penalties for England at the World Cup, was given the responsibility again. She missed again. Her penalty was struck powerfully enough but it was too close to Frohms, who stuck out her trailing leg as she dived and deflected the spot kick over the bar. Parris held her head in her hands.

England were not discouraged through and on the stroke of the interval, they equalised. It was a fine move, too. Jill Scott played the ball to Lucy Bronze, who laid it off perfectly to Keira Walsh. Walsh swung in an inviting cross and White ghosted in to the box to prod her shot past Frohms.

The game appeared to be petering out into a draw when Buhl ran at Houghton in the last minute, jinked outside on to her left foot and sent an unstoppable shot arrowing across goal into the far corner. It was a brutal end to such an eagerly anticipated occasion.