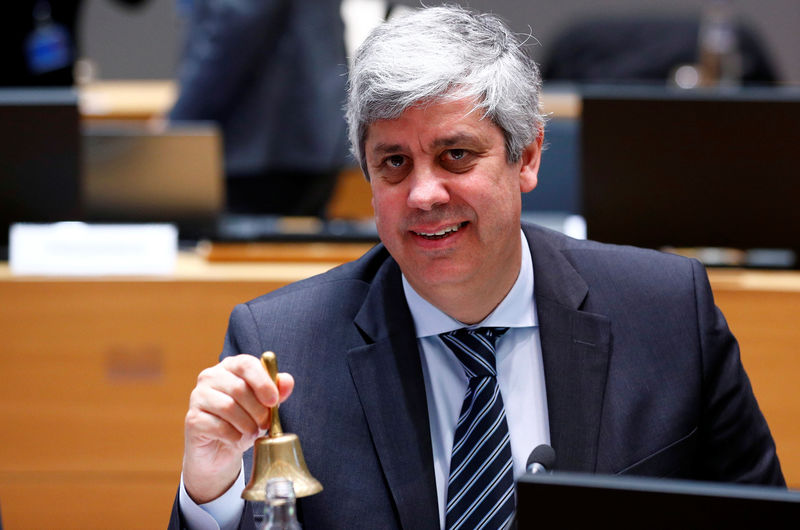 HELSINKI (Reuters) – Italy is unlikely to clash with the European Union over its draft budget for next year because the new government in Rome is more likely to play by EU fiscal rules than the previous one and Brussels does not want it to fail, officials said on Friday.

Every euro zone country has to send its draft budget for the following year by Oct. 15 to the executive European Commission for checks on whether it complies with EU fiscal rules.

Last year the 2019 draft budget compiled by Italy’s then-coalition comprising the populist 5-Star Movement and the far-right League so blatantly broke EU rules that the Commission sent it back and requested a new one for the first time since it was given the task of checking budgets in 2013.

Italy’s higher spending and tax-cutting plans and the ensuing row with the Commission triggered a sell-off of Italian bonds in the market in the second half of 2018, making the fiscal policy pursued by Rome very costly.

Asked if he anticipated a battle over Italy’s 2020 draft budget, the chairman of euro zone finance ministers, Mario Centeno, told reporters on entering an informal meeting in Helsinki:

“We have a strong commitment from the new pro-European government, so we do not see any issue around that.”

Senior EU officials say that Italian Prime Minister Giuseppe Conte, even when he headed the previous government, was privately more conciliatory on fiscal issues than the official line of confrontation with Brussels that the League’s leader Matteo Salvini insisted on.

Without Salvini in government, Conte is no longer expected to use Italy’s fiscal policy as a tool of confrontation with the EU that sat well with the League’s eurosceptic voters, officials said.

Conte’s choice of new finance minister — Roberto Gualtieri, a veteran member of the EU parliament and head of its economic committee — also signals he wants to avoid a clash with the EU.

In a newspaper interview on Friday, Gualtieri confirmed this view:

“We’ve paid very dearly in terms of interest payments on the debt, lower confidence and investments as well as Italy’s loss of influence in Brussels due to the League’s ambiguous and conflictual relationship with Europe,” Gualtieri said.

European Commission Vice President for the euro, Valdis Dombrovskis, sounded a positive note after a bilateral meeting with the new minister in Helsinki.

“Gualtieri outlined his intention for Italy to be within the rules… of the Stability and Growth Pact,” he told reporters.

But Italy is likely to push for maximum EU leeway on government spending next year in the hope of reviving very low economic growth and helping to reduce its huge public debt pile, the second highest in the EU after Greece as a proportion of gross domestic product.

“I would expect Italy will finally submit a draft budget that is borderline acceptable under EU rules and the Commission will let it pass, because it does not want to set up the current pro-European Conte government for failure,” a senior EU official involved in economic issues said. Two others shared his view.

Dombrovskis said the Commission would assess Gualtieri’s interest in exploiting the flexibility of EU rules after a review in November of the phase of the business cycle that Italy was in.

Famous – with a little help from a friend: Showbusiness reporter...