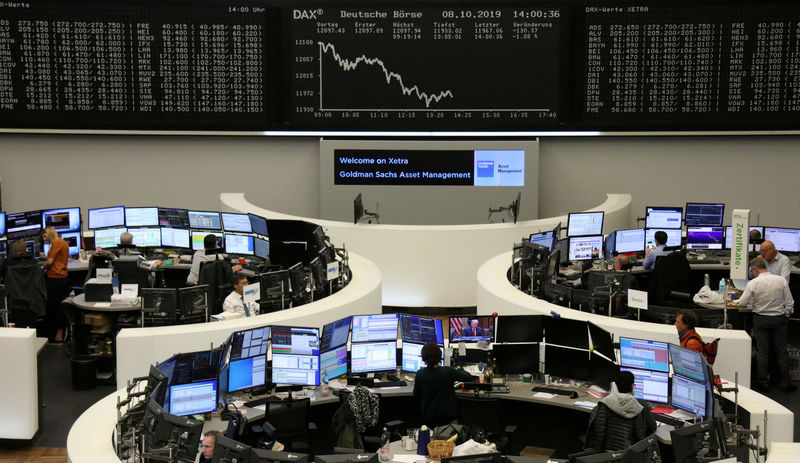 (Reuters) – European stocks edged lower in quiet trading on Wednesday, as tensions heightened between the United States and China ahead of their crucial trade negotiations, while more uncertainty over Britain’s EU exit also weighed on sentiment.

The pan-European STOXX 600 index (STOXX) was down 0.2% by 0707 GMT, with most country indexes flat to slightly lower.

Washington’s move to impose visa restrictions on Chinese officials late on Tuesday aggravated worries after the addition of more Chinese companies to a U.S. trade blacklist, making investors skeptical of a quick resolution to the protracted trade war.

Talks between the world’s top two economies are set to resume on Thursday.

Sterling’s weakness was linked to reports that talks between Britain and the European Union were close to breaking down without an exit deal.

Trump: U.S. may give farmers more aid until trade deals ‘kick in’

'I don't know what went through his head to say that':...