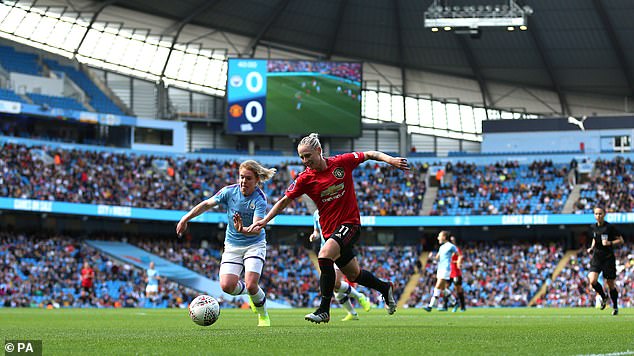 A record 31,213 fans saw the first Manchester derby in the WSL at the Etihad Stadium 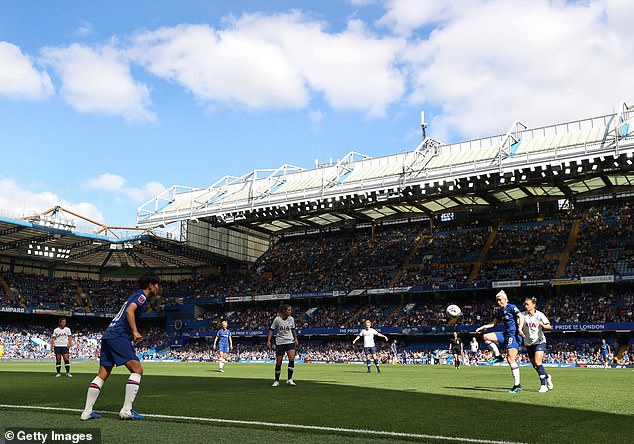 more than 24,000 watched Chelsea take on Tottenham at Stamford Bridge on Sunday

The Football Association is urging fans to attend a women’s match at any level of the pyramid over its first Women’s Football Weekend on November 16-17.

Based on the successful Non-League Day concept, the weekend is timed to coincide with a pause in the Premier League and English Football League calendars for international games, and it is hoped that this will become an annual event.

It will also build on the momentum of last weekend’s opening fixtures in the Women’s Super League, which saw more than 62,000 fans watch the women’s game during another break for men’s international football.

A record 31,213 fans saw the first Manchester derby in the WSL at the Etihad Stadium on Saturday, while more than 24,000 watched Chelsea take on Spurs at Stamford Bridge, and similar numbers will be expected in November, with a north London derby at the new Tottenham Hotspur Stadium, a Merseyside derby and Manchester United’s visit to Chelsea all on the schedule.

In a statement, the FA’s women’s professional game director Kelly Simmons said: ‘We are excited to announce the first ever Women’s Football Weekend, for what is sure to be another great moment in a year that has seen huge momentum behind the growth in popularity of women’s football.

‘Following on from a record-breaking FIFA Women’s World Cup and opening Barclays FA Women’s Super League weekend, there has never been a better time to visit your local team, and we encourage all supporters to get involved at all levels of the pyramid on November 16-17.’

Among the fixtures on offer in the Women’s Championship that weekend are Crystal Palace v London City Lionesses and Durham against London Bees, and there will also be a full programme of league and cup games further down the women’s pyramid.

'He is not a champion': Xherdan Shaqiri is slammed in homeland of Switzerland after making just six appearances in Liverpool's title triumph with boss...

Taiwan says Dalai Lama welcome to visit, a trip that would...

'He is not a champion': Xherdan Shaqiri is slammed in homeland...