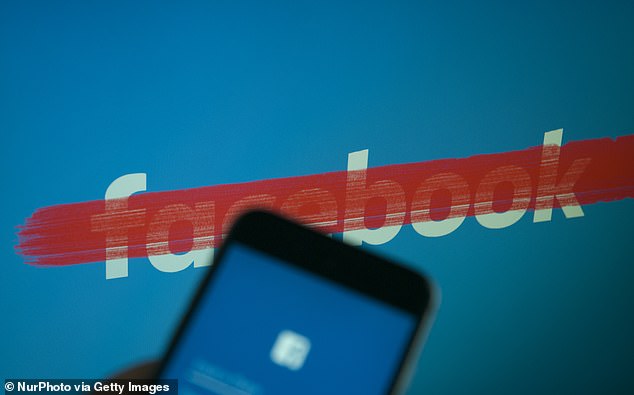 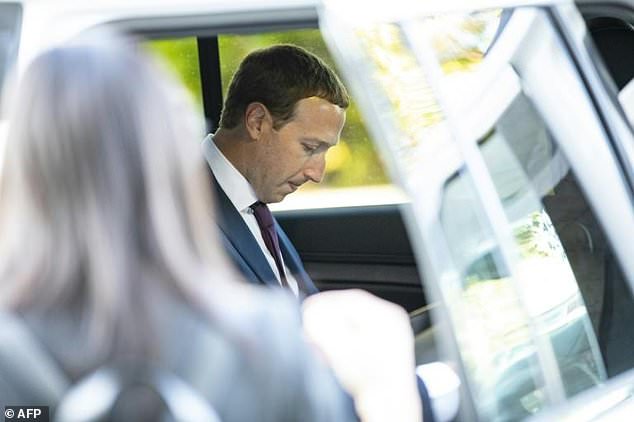 Facebook has suspended ‘tens of thousands’ of apps on its platform that were found to be ‘inappropriately’ sharing data.

The company did not describe the nature of the data collected and a request for comment by MailOnline has not been responded before time of publication.

According to a blog post from the company on Friday, the suspension of those accounts was part of a broader privacy push from the company in the wake of scandals involving Cambridge Analytica, a political consultancy, which harvested the private data of 87 million users.

That data included information on attorneys, external investigators, data scientists, engineers, policy specialists and others, which was extracted in an effort to help the presidential campaign of Donald Trump.

The suspensions are ‘not necessarily an indication that these apps were posing a threat to people,’ said a statement from vice president of partnerships Ime Archibong, adding that some ‘did not respond to our request for information.’

Facebook says the investigation pored over millions of apps and of those reviewed, tens of thousands have been suspended for a variety of reasons while some have been banned outright.

‘In a few cases, we have banned apps completely,’ said the company.

‘That can happen for any number of reasons including inappropriately sharing data obtained from us, making data publicly available without protecting people’s identity or something else that was in clear violation of our policies.’

Among those apps banned was one called myPersonality, which was found sharing data with researchers and companies but had only ‘limited protections in place’ according to Facebook.

MyPersonality refused to respond to Facebook’s request for an audit, the company said.

Facebook said it would begin reviewing all apps on the platform to determine how they used data and if they respect its privacy rules.

Facebook recently signed a recent agreement on privacy with the US Federal Trade Commission — which included a record $5 billion fine — that calls for additional oversight on app developers.

Under that agreement developers must annually certify compliance with Facebook’s policies.

‘Any developer that doesn’t go along with these requirements will be held accountable,’ Archibong said.

Zuckerberg promised end-to-end encryption for all of its messaging services, which will be combined in a way that allows users to communicate across WhatsApp, Instagram Direct, and Facebook Messenger.

This he refers to as ‘interoperability.’

This could mean, for example, that users set messages to auto-delete after a month or even a few minutes.

‘Interoperability’ will ensure messages remain encrypted even when jumping from one messaging service, such as WhatsApp, to another, like Instagram, Zuckerberg says.

Facebook also hopes to improve users’ trust in how it stores their data.

Zuckerberg promised the site ‘won’t store sensitive data in countries with weak records on human rights like privacy and freedom of expression in order to protect data from being improperly accessed.’

Modern smartphones and tablets are 'baffling black boxes' and make it harder for children to learn about science because they're difficult to take apart...

Safe alternative to pesticides? Scientists develop a polymer coating for plants that controls harmful fungi without making them toxic

Self-driving sector contends its cars can prevent many more crashes than...