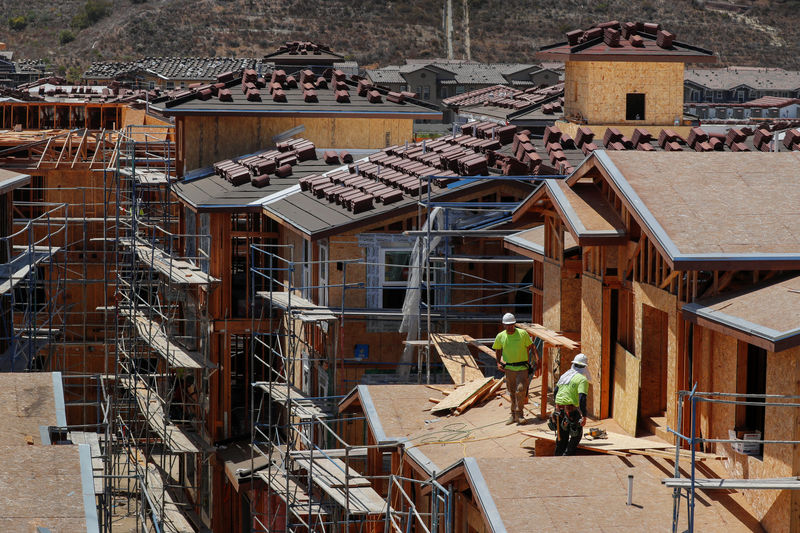 © Reuters. Development and construction continues on a large scale housing project of over 600 homes in Oceanside, California

(Reuters) – The Federal Housing Finance Agency said on Friday it revised the limits on what Fannie Mae (PK:FNMA) and Freddie Mac (PK:FMCC) buy for their multifamily business into the end of 2020 in an effort to address a shortage in affordable housing.

Demand for apartments has surged in recent years mostly due to expensive single-family homes, and a lack of supply along the U.S. East and West coasts.

Lenders are expected to make $359 billion in multifamily mortgages in 2019, up from $339 billion in 2018. A decade ago, they lent $52 billion in the aftermath of the global credit crunch, according to data from the Mortgage Bankers Association.

The new multifamily loan purchase caps for the two government-sponsored enterprises will be $100 billion each for a total of $200 billion for the five-quarter period through the final quarter of 2020, FHFA said.

The new limits apply to all multifamily business with no exclusions, the regulator said.

Loans that finance energy and water efficiency improvements will be considered conventional business, unless they meet other mission-driven affordability requirements, FHFA said.

The new caps compared with the existing ones which are $35 billion for each GSE with several exemptions, namely $23 billion for “green” improvements and $8.1 billion for affordable housing.

Between 2015 to 2017, the multifamily loan market grew about 14%, while Fannie and Freddie’s growth in their purchases in this sector increased by 54%, FHFA said.

The two GSEs have been under government conservatorship since the global financial crisis. In 2017, they bought 49% of the annual multifamily loan supply, up from 36% two years earlier.