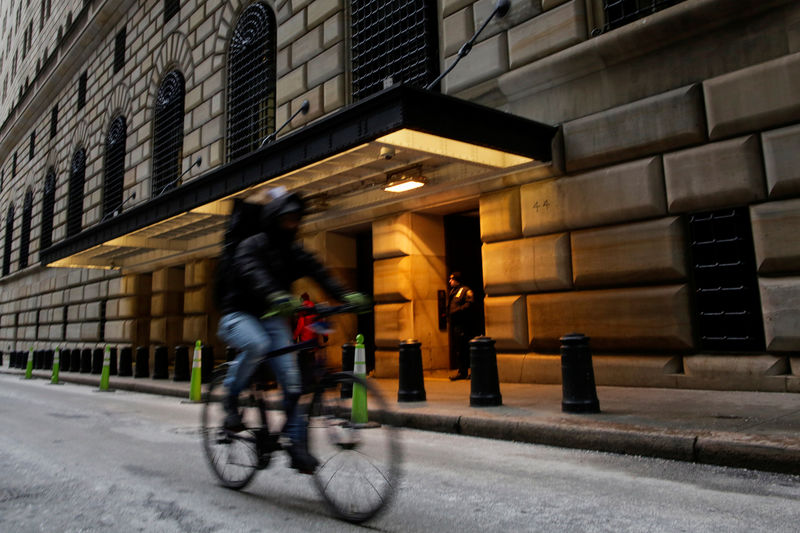 (Bloomberg) — The Federal Reserve Bank of New York announced plans to conduct repurchase-agreement operations within the second half of December that will span January.

It will now conduct term operations totaling $365 billion, the New York Fed said on its website. The Dec. 16 operation is a 32-day offering with a maximum limit of $50 billion, while the other term actions range from 13 to 15 days with a maximum size of $35 billion, tenors it has used previously.

The central bank also plans to adjust the size of some of its overnight repo operations to provide additional liquidity for year-end. While the offering size will remain mostly unchanged at $120 billion, it plans to conduct a one-day forward settlement operation of $75 billion on Dec. 30 that settles on Dec. 31 and matures Jan. 2. The New York Fed will also increase the sizes of the overnight actions to $150 billion on Dec. 31 and Jan. 2.

The Fed has been conducting repo offerings and Treasury-bill purchases in a bid to keep control of short-term interest rates and bolster bank reserves. And while that has calmed markets since the September spike that took overnight repo rates as high as 10%, concerns about the year-end period remain and participants have been flocking to Fed term offerings that will carry them through to January.

The New York Fed also announced its plans for Treasury-bill buying that it’s conducting as part of its reserve management regime, keeping the pace of purchases unchanged at $60 billion per month.

(Updates with details on T-bill purchases.)