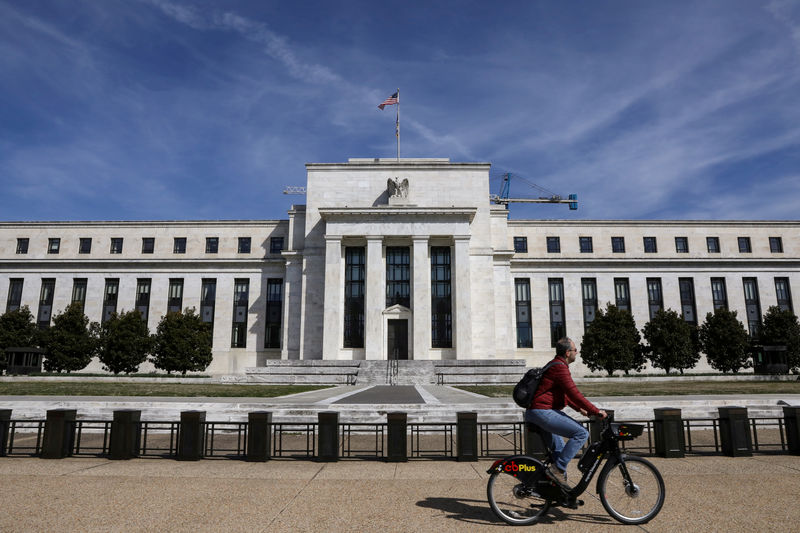 © Reuters. FILE PHOTO: A man rides a bike in front of the Federal Reserve Board building on Constitution Avenue in Washington

WASHINGTON (Reuters) – The Federal Reserve said on Tuesday it had approved a final rule simplifying the ‘Volcker Rule’ ban on proprietary trading, cementing a significant win for banks under the Trump administration.

The Fed was the fifth and final financial regulator to sign off on the changes, which are aimed at making it easier for banks to comply with the rule, established after the 2007-2009 financial crisis, barring them from making profit-seeking trades with customer funds.

The simpler rule takes effect on Jan. 1, 2020, and banks will be given one additional year to comply.

The final version of the rule rewrite is even friendlier to banks than the proposal unveiled in May 2018. After significant industry pushback, regulators agreed to abandon an accounting test aimed at ensuring banks were not engaging in speculative trades. The final version of the new rule drops that test, which banks warned could hinder proper trading in several financial products.

Fed Governor Lael Brainard, who voted in favor of the original proposed rewrite, voted against the final simpler rule on Tuesday. In a statement, she said the final rule “weakens the core protections against speculative trading within the banking federal safety net.”

Going to university could help you to live longer as scientists...