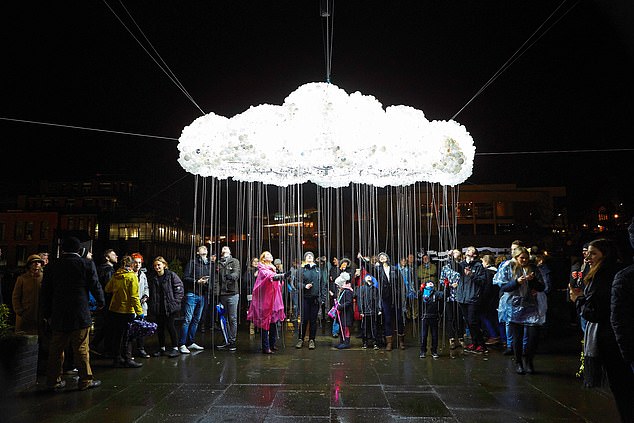 A ‘cloud’ exhibit at Durham’s annual festival, which begins on Thursday (November 14) 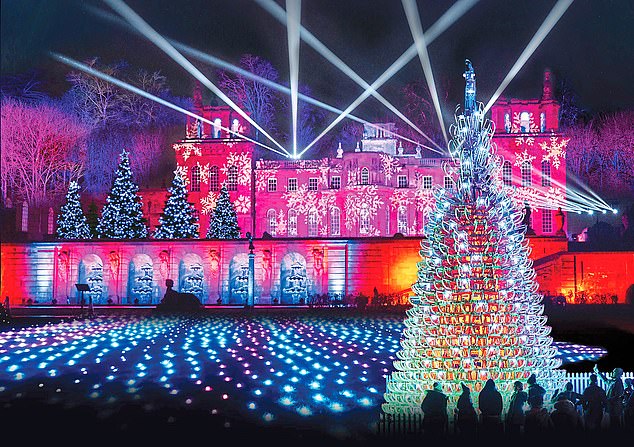 Bright spots: An illuminated Blenheim Palace where there will also be a light trail

Every week our Holiday Hero Neil Simpson takes an in-depth look at a brilliant holiday topic, doing all the legwork so you don’t have to. This week: the country’s best festivals of light.

The nights might be drawing in but the country is about to light up with some amazing illuminations.

Here’s our countdown to six of the most dazzling seasonal displays.

Durham – lighting up on November 14

The biggest free light show of all will be the first to open, beginning on Thursday. Durham started the trend for city-wide winter illuminations when its cathedral was bathed in a rainbow of colour a decade ago. It has since sent its best lighting rigs on tour – but this week the show returns home bigger, brighter and more immersive than ever. For four days Durham will be transformed into a glittering outdoor art gallery with 40 exhibits including a shimmering ‘fog sculpture’, a pink neon snowdome in the heart of town and a giant luminous ‘slinky’ tumbling down the city streets, lumiere-festival.com.

A series of mile-long festive light trails open at seven sites round the UK, including the Bedgebury Pinetum in Kent, Oxfordshire’s Blenheim Palace and the Royal Botanic Garden in Edinburgh. Each display is different, but most include tunnels of light, laser displays and scented ‘Fire Gardens’ with virtual flames. At Bedgebury, ribbons of light guide you to a shimmering lake where coloured lights dance on hundreds of tiny boats. Each venue plays Christmas classics as you drink mulled wine or hot chocolate, and there are fire pits to toast marshmallows. Most are open until January, with family tickets from £52, mychristmastrails.co.uk.

Plymouth – lighting up on November 28

Lights will shine across Plymouth to mark America’s Thanksgiving night – and the approach of the 400th anniversary of the Mayflower’s departure for the New World. The city’s free, four-day light festival is growing fast and this year expands from its old Royal William Yard hub into the city’s Barbican and Mount Edgcumbe Park areas, illuminate-festival.co.uk.

Westonbirt Arboretum – lighting up on November 29

Follow this year’s new illuminated trail (and the smell of roast chestnuts) through the Westonbirt Arboretum in Gloucestershire and you’re set to see a host of woodland characters dancing amid the trees – bathed in every colour of the rainbow. The trail is open for the next four weekends and ends in a classic Christmas village. It’s popular and booking is essential. It’s £15 for adults, £7.50 for children, forestryengland.uk/westonbirt.

Eden Project – lighting up on November 30

The giant biomes of the Eden Project in Cornwall are lit up in reds, purples, blues and golds for a month as guests explore the ‘rainforest by night’ and walk down an avenue of lights and lanterns towards the glowing globe Gaia, a floating replica of Planet Earth based on Nasa images. An ice rink, Father Christmas and seasonal stalls add to the atmosphere. Family tickets from £67, edenproject.com.

Mousehole – lighting up on December 14

For something a little more old-fashioned, head to the picture-perfect fishing town of Mousehole in Cornwall. Volunteers have strung coloured lights around the harbour for 56 years (missing just one year amid the power cuts of the 1970s). This year there will be some 7,000 bulbs. Local choirs will sing at the big switch-on, and the nightly display lasts until January 4.

Two miles of plexiglass and 2,000 hand sanitisers: MailOnline gets a sneak peek of coronavirus-ready Disneyland Paris before it reopens on July 15 for...

Revealed: The top 30 places Britons are planning to visit for the first time this summer – and it's Padstow in Cornwall that's the...

Ahoy there Uber! Online taxi firm will launch Thames boat service for app-users to hail Clipper services between Putney and Woolwich this summer