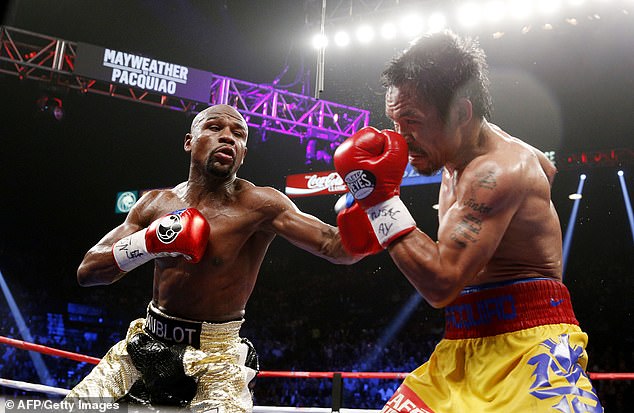 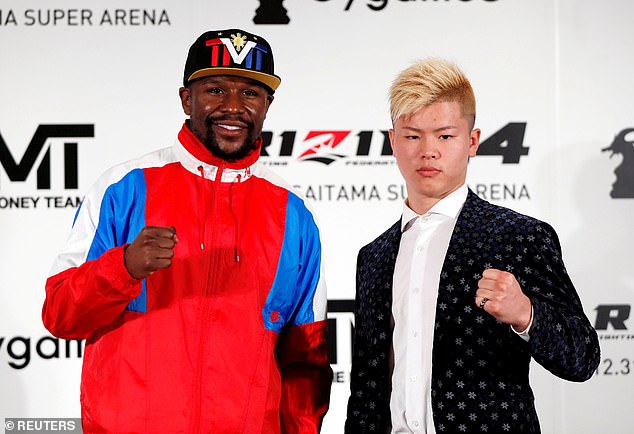 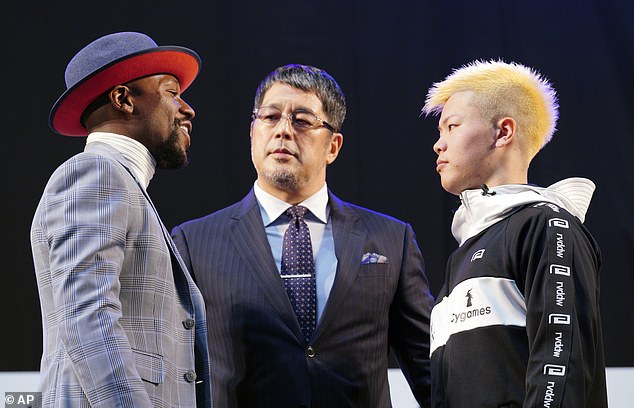 Boxing legend Floyd Mayweather has opted out of a second exhibition fight in Asia in favour of securing a rematch with Manny Pacquiao, according to reports.

Mayweather, who technically retired in 2017 following his money-spinning bout with Conor McGregor, laced up his gloves on New Year’s Eve to make £7m in an exhibition with Japanese kickboxer Tenshin Nasukawa in Tokyo.

And now, according to The Sun, Mayweather has turned down the opportunity of a second exhibition in China in order to turn his attention to Pacquiao.

Speaking to the paper, Hong Kong’s DEF Promotions director Jay Lau said: ‘Mayweather came two times to Hong Kong, he spoke with my son Jayson and we had communications but now he is focusing [on] the Pacquiao rematch.

‘We were talking about an exhibition in China, a big event but not a recorded professional boxing fight. Something like Mayweather vs Tenshin in Japan.

‘We spoke a bit about doing a special fight in China, but halfway through he turned to the Pacquiao rematch so we stopped.’

Mayweather beat Pacquiao on points in their first bout back in 2015, but it was an underwhelming fight for the fans who had waited so long.

Therefore, there has been some clamour for them to repeat the event and give the fans a more exciting fight between the two boxing legends.

'It doesn't feel like the right time to sit down and talk about it': Lewis Hamilton puts the brakes on £40m Mercedes contract talks...

'This is the best pitch for fast bowling I have seen this summer': Michael Holding urges Jofra Archer to let go of the handbrake...