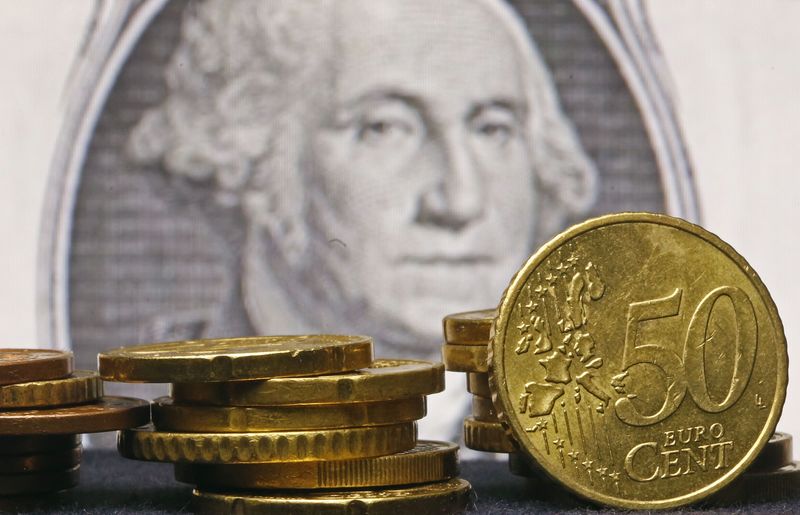 Investing.com – The dollar was lower against the euro for a fourth consecutive session on Friday as expectations for higher U.S. interest rates waned, despite data showing an uptick in inflation in March.

The single currency gained in spite of concerns that Athens is no closer to reaching an agreement on economic reforms for bailout funds with its creditors, fuelling fears that Greece could be forced out of the euro zone.

In the euro zone, Tuesday’s ZEW report on German economic sentiment and Thursday’s reports on private sector activity will be in focus.

In the euro zone, the ZEW Institute is to report on German economic sentiment.

The U.S. is to release data on existing home sales.

In the euro zone, the Ifo Institute is to report on German business climate.

Dow, S&P 500 fall on fears over virus resurgence but Nasdaq...