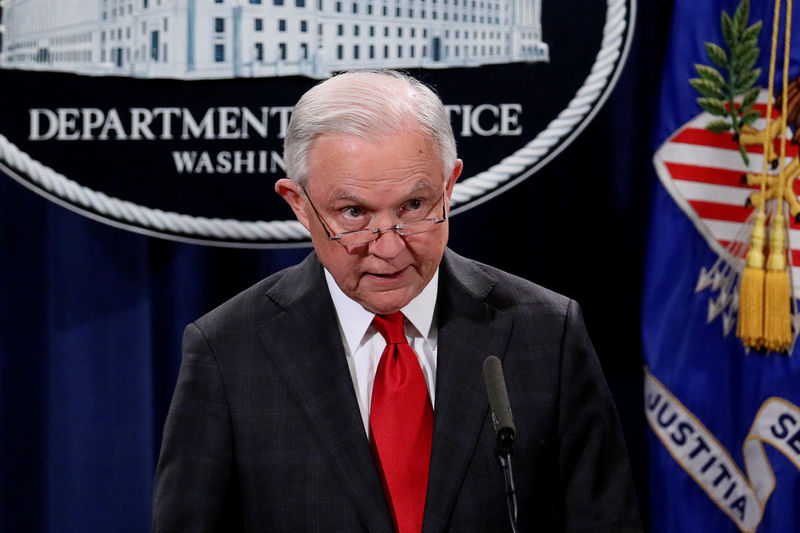 WASHINGTON (Reuters) – Jeff Sessions, ousted as attorney general by President Donald Trump last year, said on Thursday he was seeking the 2020 Republican nomination for a U.S. Senate seat from Alabama, the position he resigned to join the Trump administration.

“We’ll file our papers tomorrow,” Sessions said in an interview on Fox News after announcing his candidacy in a statement on his website.

Trump forced out Sessions as head of the Justice Department last November after repeatedly criticizing his decision to recuse himself from the Russia probe.

“When I left President Trump’s cabinet, did I write a tell all book? No. Did I go on CNN and attack the President? No. Have I said a cross word about President Trump? No,” Sessions said in his announcement statement.

Sessions, who held the Senate seat from 1997 to 2017, was an early and loyal supporter of Trump. But after being publicly ridiculed by the president, Sessions was ousted on Nov. 7, 2018. He was replaced briefly by Matthew Whitaker until William Barr was confirmed to the job in February.

Sessions’ decision to recuse himself from the federal investigation of Russian interference in the 2016 U.S. presidential election paved the way for the appointment of Special Counsel Robert Mueller. Trump has denounced the Mueller probe as a “witch hunt.”

Trump has called his selection of Sessions as attorney general “the biggest mistake” of his presidency.

“As everyone knows, President Trump and I have had our ups and downs. But here’s the important part: the President is doing great work for America,” Sessions said in his campaign announcement.

Asked in the Fox News interview if he expected to get Trump’s support, Sessions said: “I hope so. I think he will respect my work.”

Sessions said he had not yet had a chance to discuss his candidacy with the president.

Jones defeated Moore in 2017, becoming the first Democrat to win election to the Senate from Alabama in 25 years.