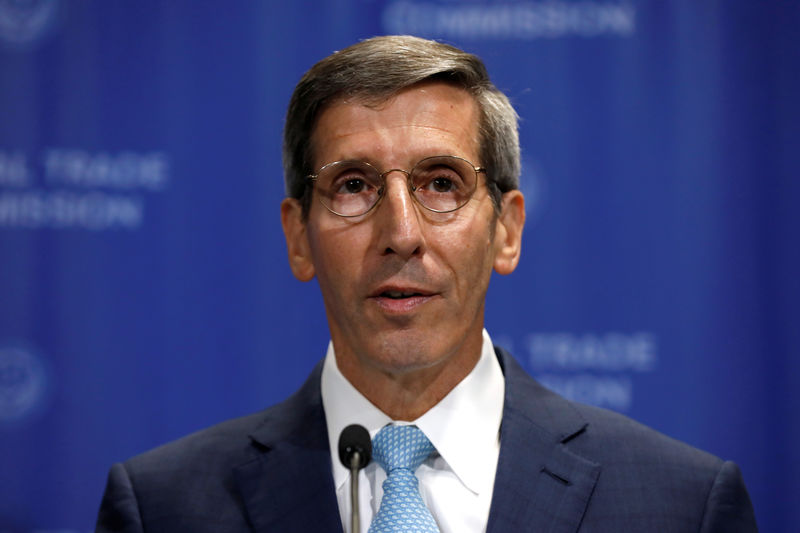 WASHINGTON (Reuters) – The Federal Trade Commission, which works with the Justice Department to enforce antitrust law, will lose the head of the Bureau of Competition next month, Chairman Joe Simons said in a statement on Friday.

Bruce Hoffman, who has been on the job for more than two years, was behind creation of the Technology Enforcement Division, a small task force that monitors big platforms like Alphabet Inc’s Google (O:GOOGL), Facebook Inc (O:FB) and Amazon.com Inc (O:AMZN), Simons said.

Hoffman is a veteran of two major law firms and spent four years as a trial attorney in the Justice Department’s Antitrust Division, according to his LinkedIn (NYSE:LNKD) page.

Chinese iPhone sales could fall by up to 30 per cent...

Plastic waste soared during lockdown as British households generated 25 per...