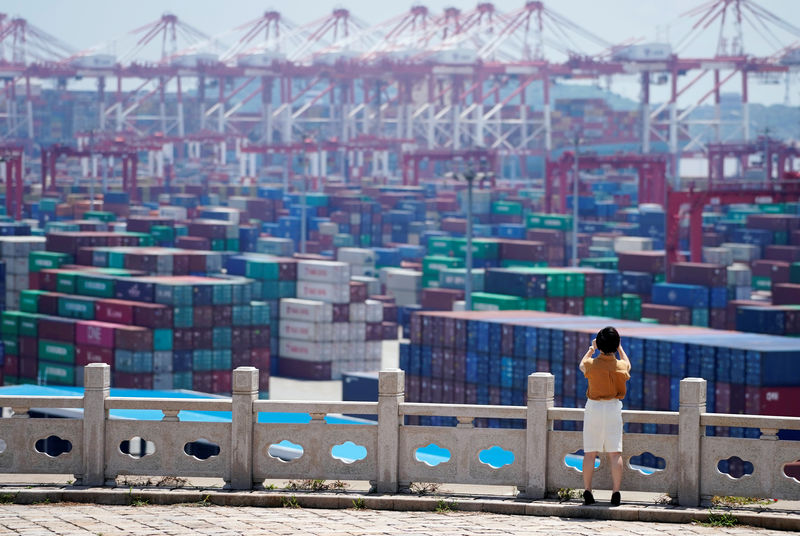 Halloween is still two weeks off but a witching hour for the global economy could be near as new forecasts and new risks collide in the coming days.

“You have a confluence of risk at the moment,” and the days ahead are especially crucial, said Simon French, chief economist with Panmure Gordon.

The immediate concern: A new 25% tariff imposed by the United States on some European food and beverage imports due to take effect on Friday.

Though a planned Oct. 15 increase in tariffs on Chinese imports was avoided by progress in U.S.-China trade negotiations, the higher European levies are still a $7.5 billion blow to those who like Italian cheese or Scottish whiskey.

U.S. economic growth is resting gingerly on healthy consumer spending, and economists have begun to worry that at some point the Trump administration’s escalating schedule of import duties will drive up retail prices enough to curb demand and slow growth.

Globally, it may already be happening as the fallout from the U.S.-China trade war gets felt more broadly.

The International Monetary Fund and World Bank hold their annual meetings in Washington in the coming week, and it is expected the organizations will again mark down their estimates for growth in worldwide gross domestic product.

The IMF last summer trimmed its 2019 forecast by 0.1 percentage point, to 3.2%, the slowest since the crisis era a decade ago.

New data on eurozone and U.S. industrial production, economic sentiment in Germany, and U.S. retail sales are among the major data releases in the coming week that could shed light on whether any broader weakness is taking hold.

IMF and World Bank officials have cited the U.S.-China trade dispute as the major drag that caused the global economy to switch from an era of synchronized growth to one of high and rising tariffs, slowing trade volume, and “deglobalization.”

U.S. and China negotiators on Friday agreed to the first phase of a trade deal, and Wednesday could mark proof of further progress. The Treasury Department is due to release its latest currency report. Though the document is often delayed, if it is released on time and a spirit of reconciliation is afoot, U.S. officials may drop or water down the designation of China as a currency manipulator.

Then there is Brexit, an event perhaps aptly due to come to a head on Halloween itself, which is the deadline for Britain to exit the European Union whether costumed in a compromise deal or not.

EU leaders meet on Thursday and Friday to discuss the situation. Unless the U.K. Parliament approves a deal, or continues to reject a “no-deal” departure, the country on Saturday must seek EU approval for another 3-month extension to continue debate.