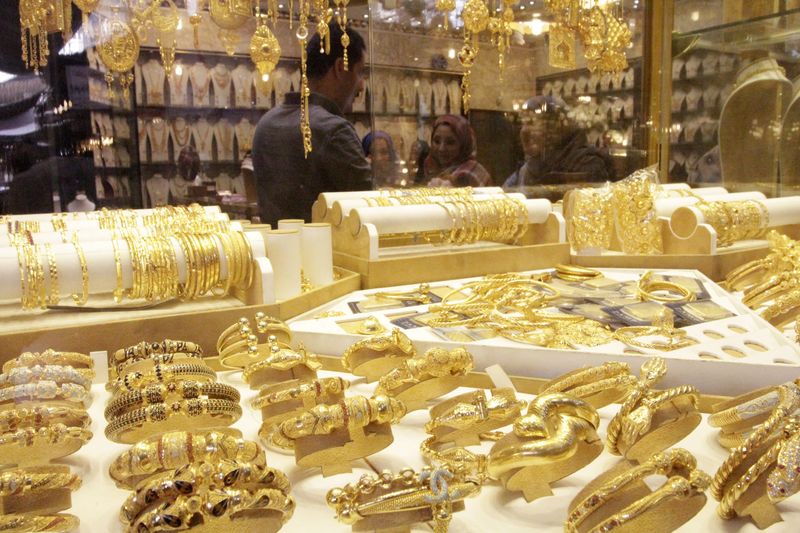 Investing.com — Gold prices fell again on Friday as global risk appetite revived on hopes of at least partial fixes to the problems of Brexit and the U.S.-China trade dispute.

Earlier Friday, reports indicated that the EU and U.K. were entering “more intense” discussions of U.K. Prime Minister Boris Johnson’s latest proposals to avoid a disorderly Brexit, the fear of which has been a major factor in driving European portfolio demand for gold this year. At the time of writing, the talks were still ongoing.

The yield on the 10-year U.K. government bond surged 10 basis points in response to 0.69%, its highest in over three weeks.

At the same time, U.S. bond yields were also rising in expectation of some kind of de-escalation of the trade dispute with China, helped by President Donald Trump’s talk on Twitter about “good things happening”.

The 10-Year Treasury note yield leaped to 1.72%, its highest in over two weeks, while the 2-Year, which is more sensitive to short-term interest rate expectations, rose to a 10-day high of 1.59%.

With portfolio holdings of gold close to all-time highs, the metal is vulnerable to pull-backs, at least in the short term, analysts say.

However, Harry Tchilinguirian, head of commodity research at BNP Paribas (PA:BNPP), argued in a blog post for the World Gold Council this week that bulls can still look forward to three more rate cuts from the Federal Reserve, taking the fed funds rate down to 1.25% by June next year.

Elsewhere, there were signs of how volatility in gold prices this year has caused some unexpected problems in the Far East, where much of the world’s physical gold demand is based.

In an interview with Reuters, Bank of Thailand Governor Veerathai Santiprabhob urged the country’s gold traders to keep the proceeds of their gold sales overseas for longer, because the repatriafion of profits was putting too much upward pressure on the local currency.

“There were quite huge gold flows, which added to appreciation pressure on the baht,” Veerathai said.

Gold dealers said exports had spiked because Thais who bought gold in the past were taking advantage of a recent rise in global prices to cash out.

Despite the recent outflows, Thailand has still imported a net $43.6 billion of gold since 2009 – although that includes imports for use in jewellery and religious items in the largely Buddhist country as well as by gold traders.