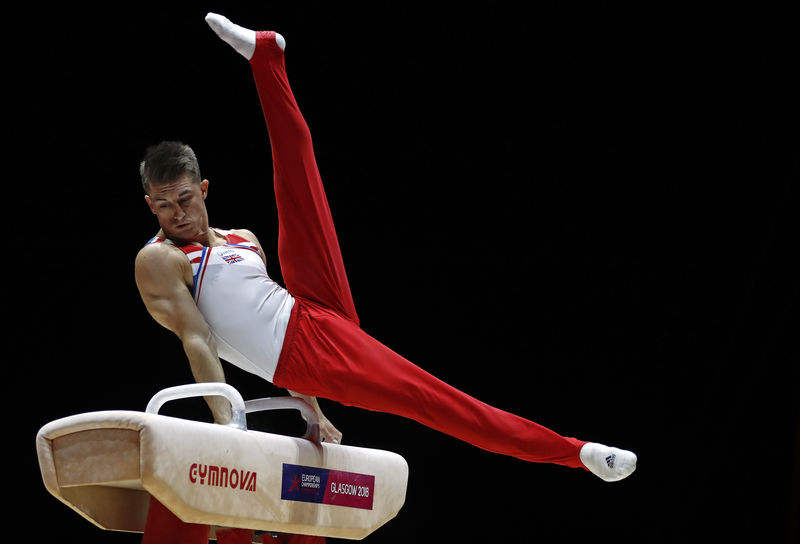 (Reuters) – Britain’s Max Whitlock won his third pommel horse title at the gymnastics world championships in Stuttgart on Saturday to ensure an ideal preparation for next year’s Tokyo Olympics.

The Olympic champion, who fell on the horse during Wednesday’s team final, looked in complete control as he finished with 15.500 points in the final – beating second-placed Lee Chih-kai of Taiwan by a slim margin of 0.067 of a point.

After finishing second in Doha last year, Whitlock regained his world title to match his feats of 2015 and 2017.

Rhys McClenaghan, who beat Whitlock to win at the Commonwealth Games last year, became the first-ever Irish gymnast to clinch a world medal by claiming bronze.