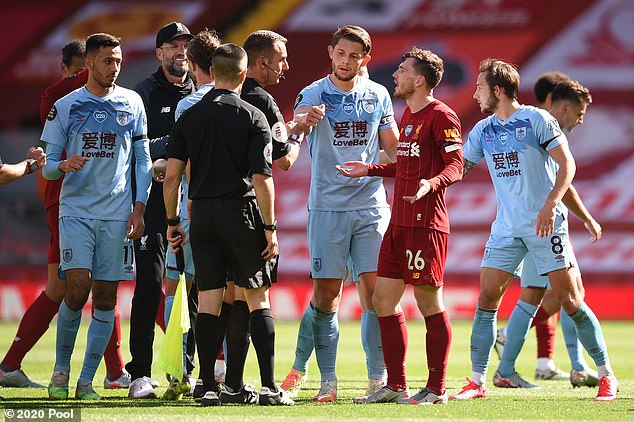 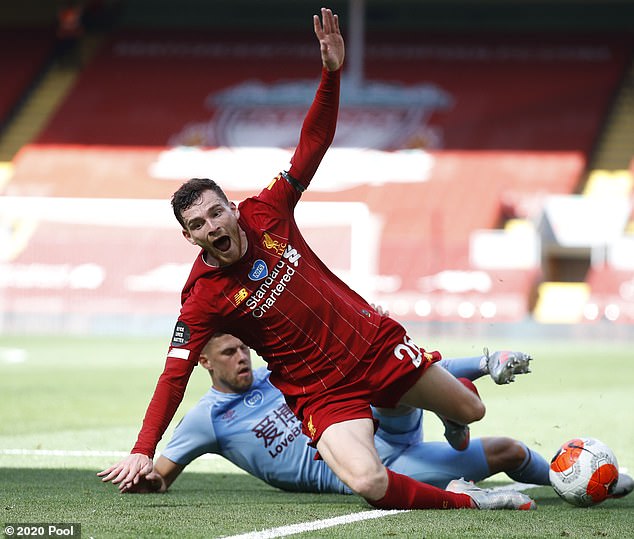 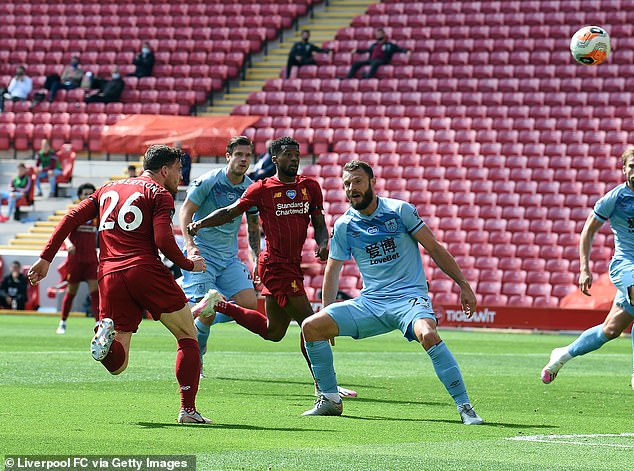 Andy Robertson was caught on camera angrily confronting referee David Coote in an expletive-laden rant after he was not awarded a penalty during Liverpool’s 1-1 draw with Burnley.

The left-back felt he should have been awarded a penalty after apparently being fouled inside the opposition box by opposition winger Johan Berg Gudmundsson.

At the time, the claim was waved away, leading Robertson to deliver an foul-mouthed tirade towards the officials at full time in the aftermath of Liverpool losing their perfect home record this season.

Boss Jurgen Klopp can also be seen entering the discussion and shepherding his player out of the confrontation.

It is likely the incident will be reviewed by the disciplinary board to decide whether further action is required against the Scotland captain.

Robertson had headed the Premier League champions in front after 34 minutes, but Jay Rodriguez earned the Clarets a point with his second-half strike.