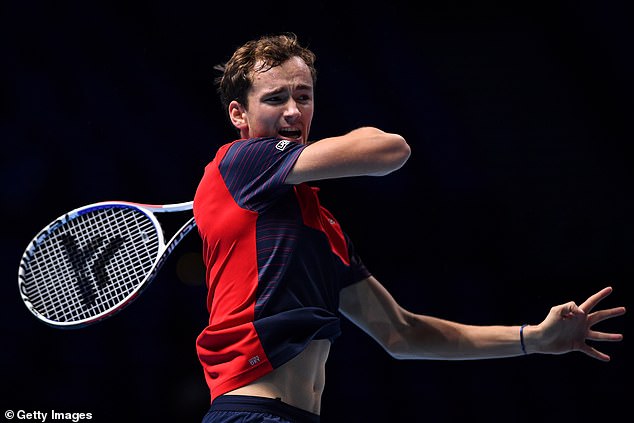 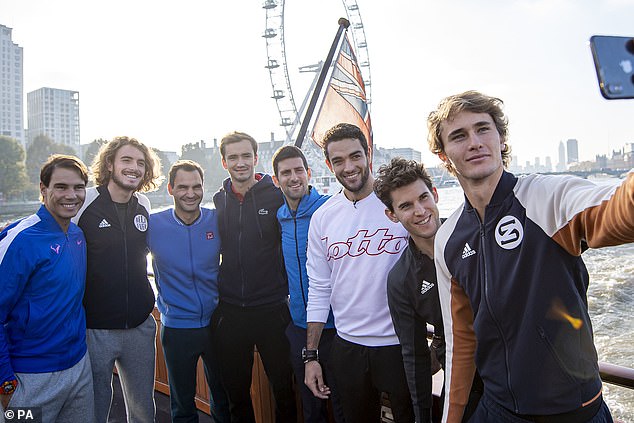 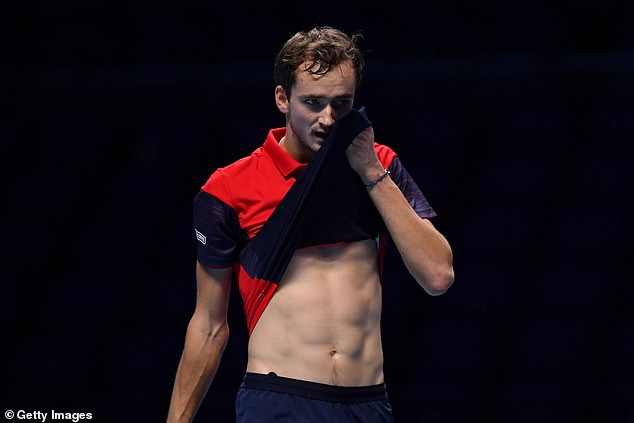 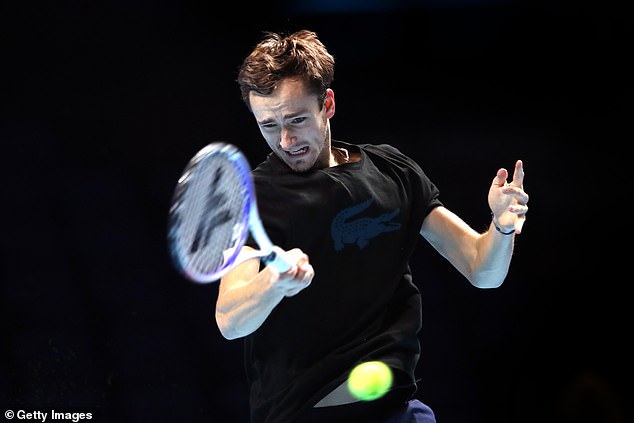 The 23 year-old from Moscow is now world No 4, and has now emerged as a serious prospect

It remains one of the most extraordinary statistics in modern sport: since 2005 only four men have shared tennis’s world No 1 and No 2 ranking.

Empires have risen and fallen in shorter order than the time it has taken for someone to come along and genuinely threaten the dominance of Federer, Nadal, Djokovic and Murray.

The arrival of Daniil Medvedev has therefore been greeted with great excitement. It helps that he comes with a reputation for abrasive behaviour, one who reached this year’s US Open final after giving the finger to the Flushing Meadows crowd en route.

The 23-year-old from Moscow is now world No 4, and has emerged as the man most likely to break up the holy trinity.

Medvedev ended up charming the New York crowd with his remarkably open post-match interviews on court. These revealed a different side to his boorish tendencies, which previously included the incident at Wimbledon 2017 when he tossed coins at the umpire’s chair after an acrimonious defeat.

Dare one say it, but there can be a slightly refreshing element to this after the years of corporate bonhomie between Federer, Nadal and company.

Medvedev ought to be a gingering presence when he makes his debut this week at the ATP Finals in London, qualifying among the top eight after reaching six finals in seven tournaments since Wimbledon.

Talking to him in the player lounge at the Paris Masters last week, it becomes clear that he does not lack intelligence. Before taking off to France at fifteen, to be coached full time, he attended a much sought after academy in Moscow that was nothing to do with tennis.

‘It’s a special school for mathematics and physics, it’s very tough to get into,’ he says. ‘I’m no good at that stuff now but I was at the time. You have to pass quite a difficult test, I think there are thousands trying to get in every year and they only let in maybe fifty.’ Medvedev’s game marries machine-like baseline consistency with a potent serve and extreme mobility for one 6′ 6′ tall.

It also comes with a perpetual struggle to maintain self-control; ‘Sometimes I can be emotional and you make mistakes that you regret after. At least I think I have the strength to admit that I am wrong sometimes, it would be worse if I said I’ve done everything right.

‘I want to try and get better to grow. US Open was a tough story, it came from hate to love in a matter of a few days. I will remember it all my life.’

Last Tuesday’s draw for the O2 Arena has placed him in the same group as world No 6 Stefanos Tsitsipas, who he has moved ahead of in the race to challenge the big three.

The pair have had a mutual animosity since they had to be physically separated at the Miami Open last year by the umpire at the end of their first career encounter.

‘With Tsitsipas it started not well, first match we played we didn’t know each other,’ he recalls.

‘Something happened during the match he didn’t like, which I still don’t know, and after the match he called me a bad word (a ‘Bull**** Russian’), and as a Russian I will not let anyone say something bad about me on the tennis court.

‘The relationship hasn’t improved since.’ His nationality and culture are clearly important to him. He describes his fellow players as ‘co-workers’ and admits his closest friends tend to be from his own country.

‘We have good parts of our character, which is to fight for every ball until the end, that’s what Russians do. We hate to lose. In other countries a father or mother play some game with the kids and allow them to win, that never happens in Russia, you try to win, that’s what I have.

‘We have some bad parts of our character like we aren’t good at controlling our emotions and I have that as well. I’m working a lot on that.’

In September last year Medvedev married his girlfriend Daria in Moscow. A journalism graduate who is now studying a Masters, he credits her with installing in him a much calmer outlook which has led to his surge up the rankings.

‘She was playing tennis until she was 17 or 18 and then had a lot of injuries and couldn’t reach the level she wanted to be. It’s really good because she understands tennis, which is needed.

‘She knows we can’t go shopping before a match for example. She knows that there are many days during the tournaments when I’m busy from eight in the morning until the evening and maybe it’s not easy to understand this if you don’t know the game.

‘She has helped me to grow up as a man and as a tennis player.’ Medvedev was relatively unknown at the start of this season, but at the Australian Open gave Djokovic a notably awkward test that turned a few heads.

‘I felt that while I was able to compete mentally and technically, physically I was not even close. I needed to work more. At the US Open I felt ten times more ready physically and that’s why my results changed.’ He disputes the received wisdom that younger players are guilty of giving the big three too much respect.

‘I don’t think we are losing to them because we are intimidated. Look at (Pete) Sampras, he had 14 Grand Slams and everybody was saying this record is unbeatable for 100 years. Then three guys come along and suddenly it’s gone.

‘They are really good tennis players, the best in history, and I don’t think it’s because we are afraid. I am not afraid.’