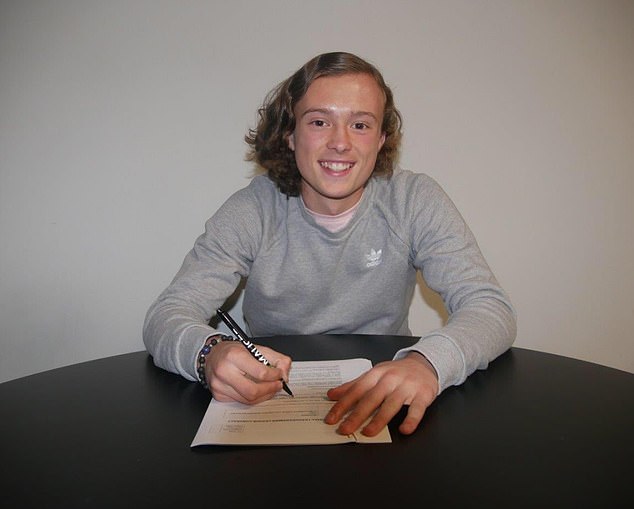 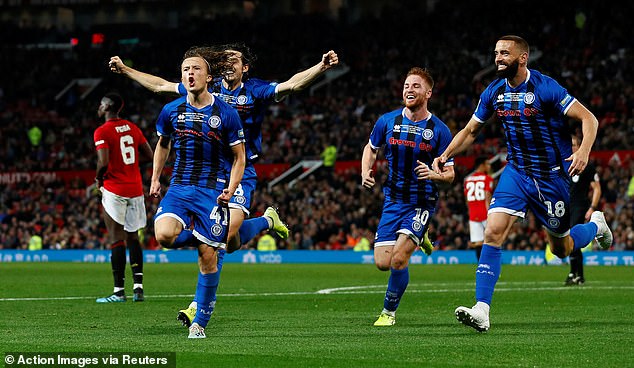 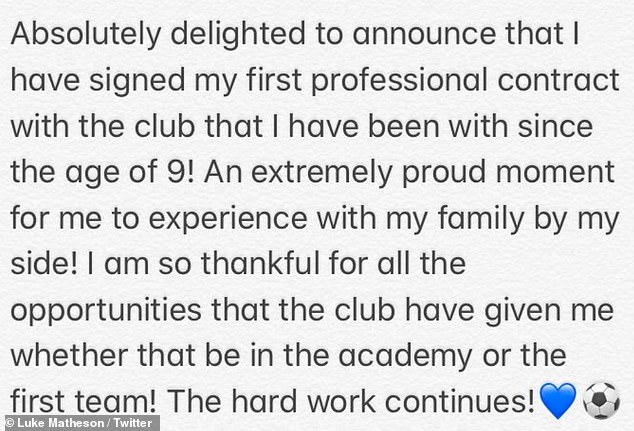 Rochdale teenager Luke Matheson admits he has realised his boyhood dream after signing his first contract.

The defender has already had plenty of highs in his short career – scoring against Manchester United at Old Trafford in September being a highlight – but he believes being able to call himself a professional footballer tops them all.

‘It honestly is a dream come true. I’ve played football all my life and I can’t remember not having a ball at my feet, so I can’t put into words how happy I am to finally be a professional footballer,’ he told rochdaleafc.co.uk.

‘It’s every little boy’s dream, and I’m so lucky and thankful for the opportunities that Rochdale have given me in the time I’ve been here.

‘It’s the only club I’ve ever been at. They scouted me when I was nine years old and they’re still giving me opportunities when I’m 17 years old. I can’t thank the club enough, they’ve been amazing.’

Matheson made his senior debut at the age of 15 years and 336 days in an EFL Trophy tie against Bury in September last year in which he was named man of the match.

A League One debut came in January, an England Under-17 call-up the following month, his first league start in August and then that Old Trafford goal in a 1-1 draw in the Carabao Cup which Rochdale lost on penalties.

‘We all recognise the special talent that Luke is and what he has achieved already, and trust that he enjoys continued success as a player at Rochdale,’ said chief executive David Bottomley.

Danny Drinkwater set to miss his Turkish football debut with Kasimpasa after 'suffering a freak injury in a SWIMMING POOL work-out' as the on-loan...