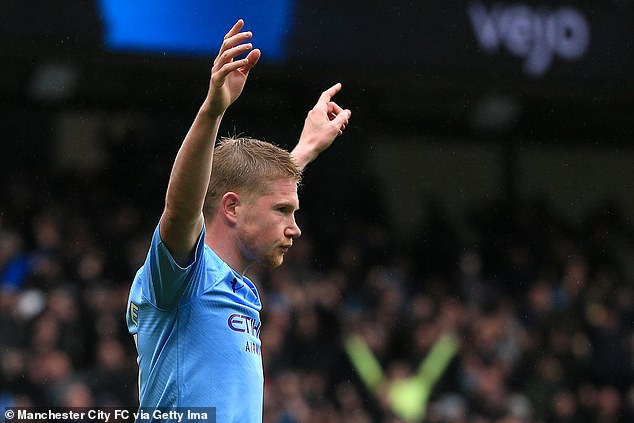 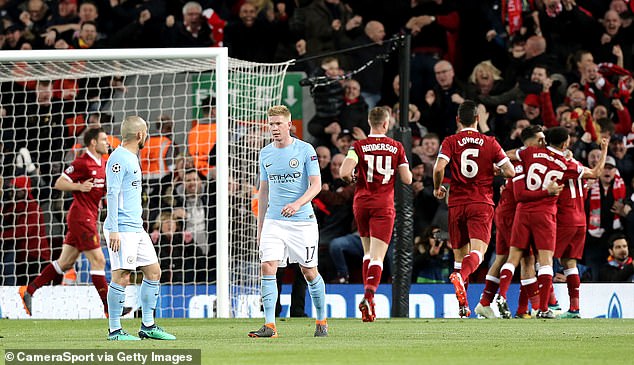 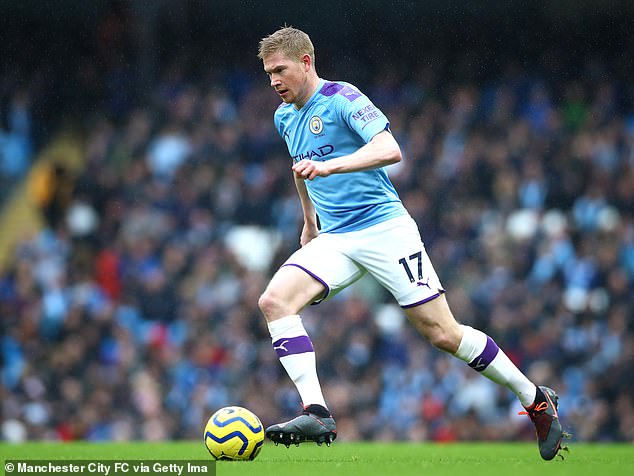 The Belgian midfielder has been on top form creatively for City, chipping in with nine assists 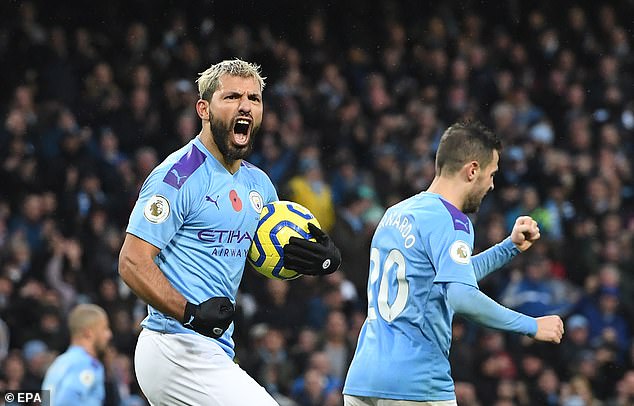 Manchester City must stay calm against Liverpool in a ‘kill or be killed’ game, says De Bruyne

Manchester City playmaker Kevin De Bruyne has said Liverpool’s home atmosphere does not intimidate him ahead of the pivotal clash between the two sides, saying he relishes playing at Anfield.

Pep Guardiola’s men travel to Merseyside on Sunday looking to end Liverpool’s unbeaten start to the season and propel themselves closer to the league leaders.

Jurgen Klopp’s team are six points clear at the top of the Premier League, and defeat for City at Anfield would give them a gargantuan task to retain their title.

But while Liverpool might be a daunting place for most teams to visit, City’s key man De Bruyne says he is looking forward to playing in the hostile atmosphere.

‘If you are somebody who wants to compete for titles and win, these are the games you want to play,’ he said, speaking to Sky Sports.

‘I like Anfield, I like it a lot. I love people being on you, being noisy, that is what it’s all about. I love the passion of football.

‘Lately, a lot of new things have been introduced in football, but I still love things how they were in the old days – people shout and get their team forward. That is something that I learned in Germany, because fans are so behind their team.’

The Belgian international admitted that the noise that the Anfield faithful generate at home is bound to lift the Liverpool players, but insists it will up City’s game too and feels it will make the team feel ‘on top of the world’.

‘The home players probably get a little bit more [from the Anfield atmosphere] but even if it’s against you, you are at the top of the world, playing the best level. That is what you want.

‘You fight your whole lifetime to be here. That’s the appreciation you get for working as a young child and getting here.

Liverpool can extend their lead at the top to nine points and with the busy Christmas period fast approaching, City know they must take something from the game if they are to have any chance of being crowned champions again.

De Bruyne said the key to success at Anfield will be to keep a cool head, adding that it would be a case of ‘kill or be killed’.

‘As a team, you need to stay calm. That’s probably the most difficult and the most important thing. If you get nervous and anxious, they smell it. It’s kill or be killed at that time.

‘If you are calm, collected and play maturely, sometimes you overcome it.’

The 28-year-old will be a danger man for Liverpool when the teams face off and Jurgen Klopp will have told his players to cut off the supply from the playmaker.

He has been at his creative best this season and is leading the charts with nine league assists, having created 11 big chances.

'Once you step through the ropes, the best wins… it doesn't...