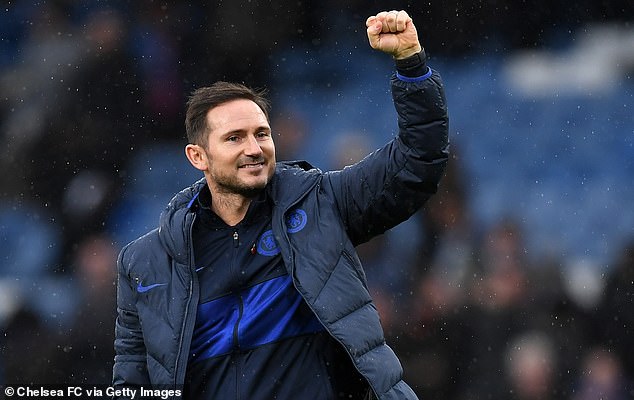 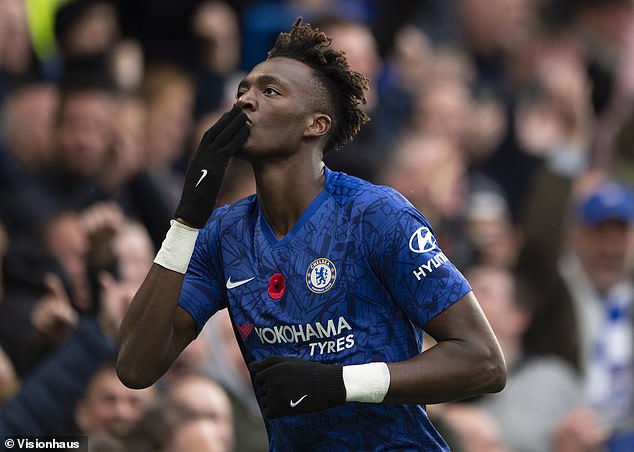 Tammy Abraham broke the deadlock in the second-half, his 10th league goal of the season 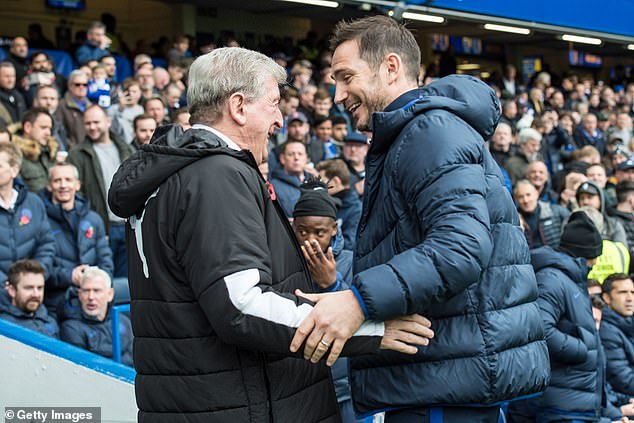 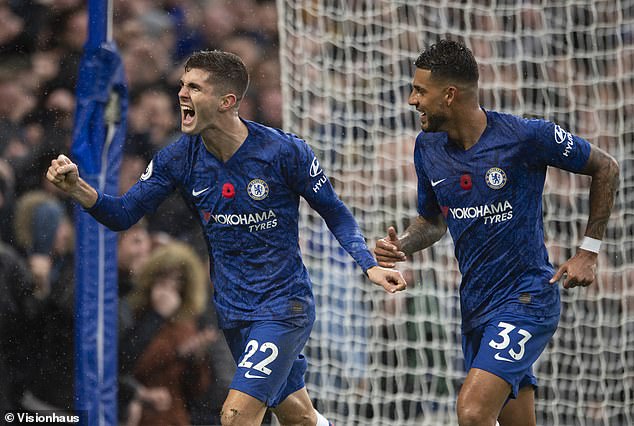 Frank Lampard felt his young side passed another stern test as they beat Crystal Palace 2-0.

Second-half goals from Tammy Abraham and Christian Pulisic secured a sixth straight Premier League win for the Blues and lifted them, temporarily at least, up to second.

They endured a frustrating first half against an obdurate, well-drilled Palace side but found a way through after the break with Abraham’s 10th goal of the season and Pulisic’s fifth in three games.

‘Every game in the Premier League is hard, particularly against a team as organised as Palace,’ said Lampard.

‘In the first half we started well, then allowed our tempo to drop, but when we came out in the second half with the intent that we did, we won the game relatively comfortably – a nice, solid win with a clean sheet.

‘We’ve had teams come here and be difficult to break down, it’s a test of not only how you unlock the door, but can you switch on to make sure you don’t get hit by the sucker punch?

‘I was really delighted with the game management in a game like today. I got as much joy out of Kurt Zouma and Fikayo Tomori’s performances in defence, and the midfielders shielding in front of them, as I did our attacking play.’

Six minutes after the interval Abraham broke the deadlock. Mateo Kovacic was the architect, brushing off a couple of challenges in a congested midfield before finding Willian with a clever reverse pass.

The Brazilian’s neat flick on the edge of the box teed up Abraham, who strode forward and confidently buried his shot past Vicente Guaita.

Palace briefly threatened an equaliser but James Tomkins headed wide from a corner.

Instead, Chelsea killed off the visitors with 11 minutes remaining when Pulisic fed Michy Batshuayi in the area, continued his run and got on the end of the striker’s deflected shot.

It meant defeat for Roy Hodgson in his 300th Premier League match as a manager.

‘I thought we weathered the early storm well. We controlled an opponent in very good form,’ said Hodgson.

‘Eventually they scored a good goal, but the second goal was a little unfortunate as we were starting to grow into the game and looking a little bit likely ourselves. Then it was very difficult for us to get back into it.

‘It’s an unfortunate spell we find ourselves in, but I can’t say I’m disappointed with our performance.’

Arsenal will make 55 staff redundant as club chiefs admit they have been 'hit severely' by the coronavirus crisis, despite qualifying for European cash...

'I was grilled for four and a half hours, thrown out...

Coronavirus cases continued to fall after some lockdown measures were eased...