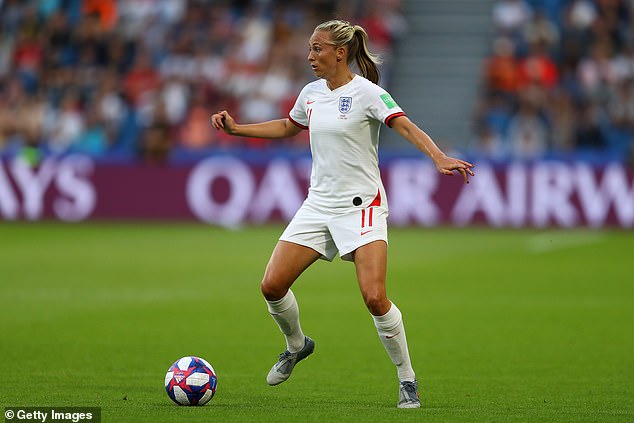 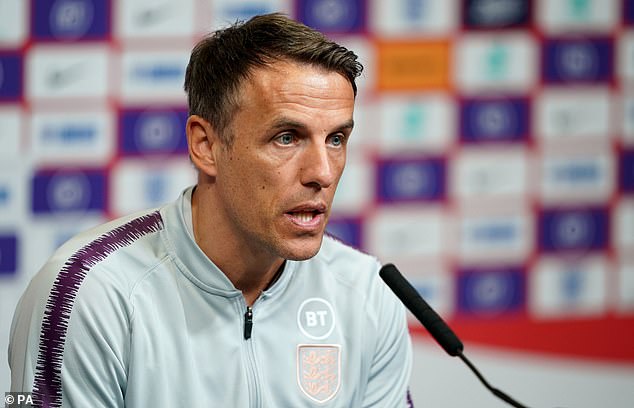 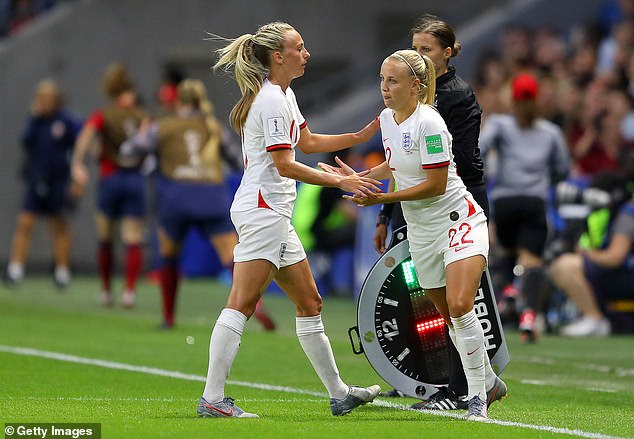 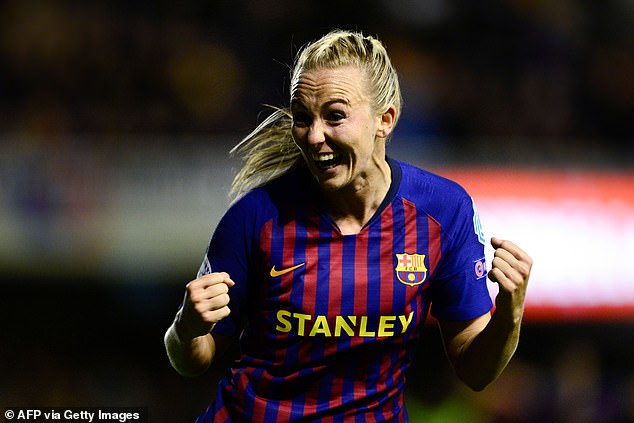 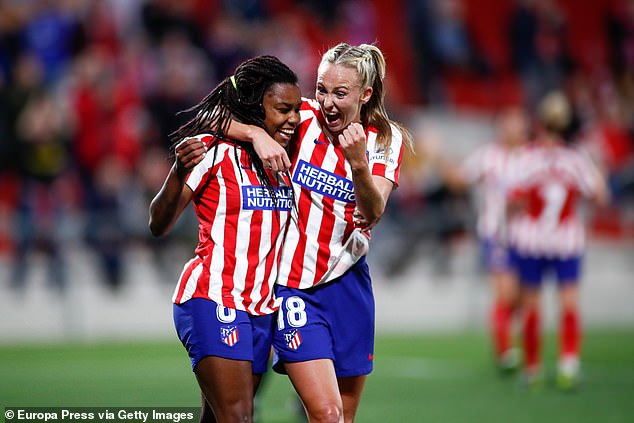 Since joining Atletico Madrid, Duggan (right) feels she has managed to ‘get her sparkle back’ 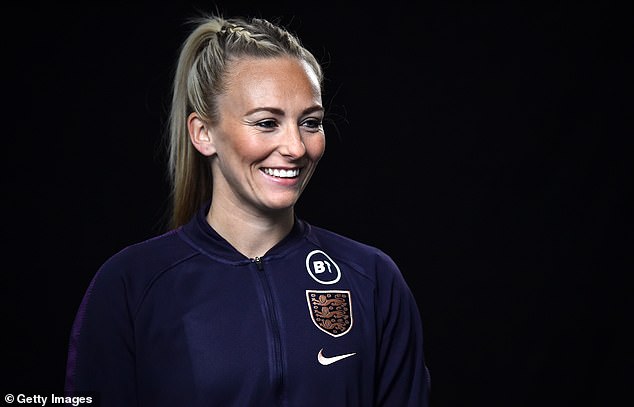 England striker Toni Duggan suffered a thigh injury on arrival at the World Cup in France and it would be a ‘set back’ that would blight her entire campaign.

Now back in the fold – and eager to ‘move on’, the Atletico Madrid star admits she fell short of expectations this summer. Though, in her defence, there’s an argument some of the blame should be laid at Phil Neville’s door.

The England manager took a gamble on Duggan when he decided against sending the striker home from the Lionesses’ World Cup camp. But it wasn’t until the squad announcement last week for the upcoming friendlies against Germany and the Czech Republic that Neville finally conceded as much.

‘I was devastated. I got a timetable [for recovery] that was longer than the actual tournament and I got back before it which I wanted to do because I was prepared to give everything for the team. I would never want to leave a World Cup,’ Duggan told Sportsmail, as she shared the agonising extent of her injury woes for the first time.

‘Ask any player, to miss out on a major tournament – and I know I was there and some players missed out altogether – but I feel like I missed out, too, because I couldn’t give my best for the team.

‘After just a few weeks of training it was difficult to get back to the level that everyone is at in a World Cup.

‘I was nowhere near it, especially after a long season on top of that,’ said Duggan, after featuring in Barcelona’s 4-1 defeat to Lyon in the UEFA Women’s Champions League final less than three weeks before England’s opening game against Scotland.

The 28-year-old Liverpool native managed to play a part in three of England’s seven games during the team’s World Cup campaign, though Neville now admits he ‘rushed her back from injury’.

‘I played a couple of games but I was never at my best, I was just getting through them and trying to help the team,’ she said, having now taken her senior caps tally to 76 since making her Lionesses debut against Croatia in 2012.

‘It was difficult but I tried to help the team in any way that I could on the pitch or off the pitch. I gave it everything and I was literally exhausted after it.’

After being ruled out of the Lionesses’ friendlies against Brazil and Portugal last month, Duggan admits she’s ‘delighted’ to be back in the squad, with a ‘chance to make history’ in front of a sell-out crowd at Wembley on Saturday now also up for grabs.

Though she knows earning her place back in Neville’s starting XI over in-form Arsenal winger Beth Mead will be no easy task.

‘Ever since I have been involved with England’s first team the competition for places has been fierce,’ said the former Manchester City forward, who won the 2016 title, two Continental Cups and two FA Cup with the club.

‘But it’s not something that you should fear as a player, you’ve got to welcome that competition and raise your game to the next level. If everyone does that then imagine how good this team will be.’

In July 2017 Duggan became the first English player since Gary Lineker in 1986 to join Barcelona, but after two years and two trophies with the club she decided it was time to move on.

And, after much speculation about a possible return to the FA WSL, Duggan completed a move to rivals Atletico Madrid at the end of July. She now credits the Spanish champions for helping her to, as Neville described, ‘get her sparkle back’.

‘I genuinely feel like that. I know it’s only been a few games, but that’s how I feel and it was a big part of my decision to leave Barcelona. I wanted to be more involved in games and I waned to get back to the Toni Duggan that I used to be,’ she said, after netting 20 goals for the Catalan club.

‘I scored a lot of goals at Barcelona and people can say I was successful there, but I just felt like I didn’t have the opportunity to bring all of my game to the team. That was quite frustrating but I definitely feel like I’ve got that chance now at Atletico and I am enjoying every single minute.’

Duggan, who says she is still in the hunt for a Champions League winner’s medal, confirmed a return to England’s top-flight is on the cards, though she wouldn’t be drawn on when.

‘I don’t know when it will be but I’ll definitely be back. I love the league, how competitive it is and the numbers that clubs are getting through the gates now.

‘I am enjoying my experience in Spain but home is home and I want to continue to help the women’s game grow in England, too.’