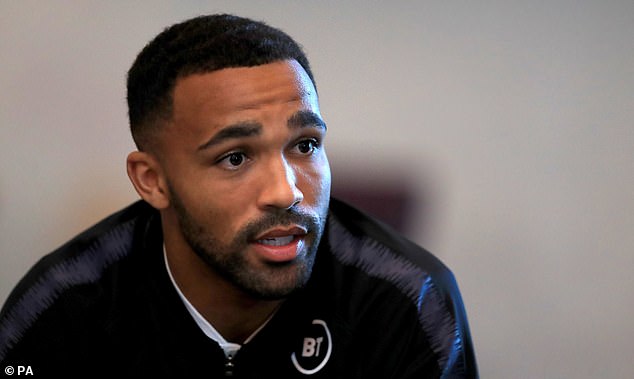 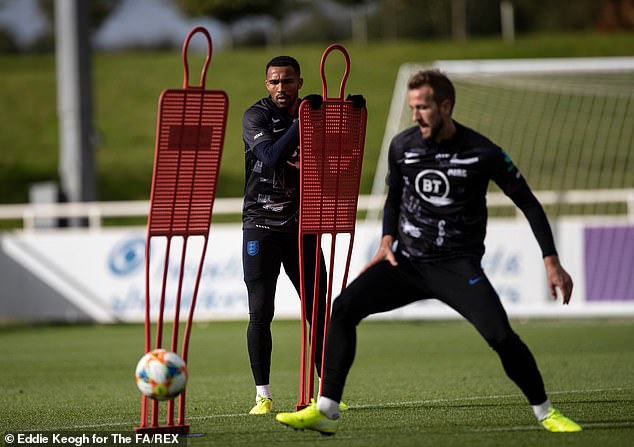 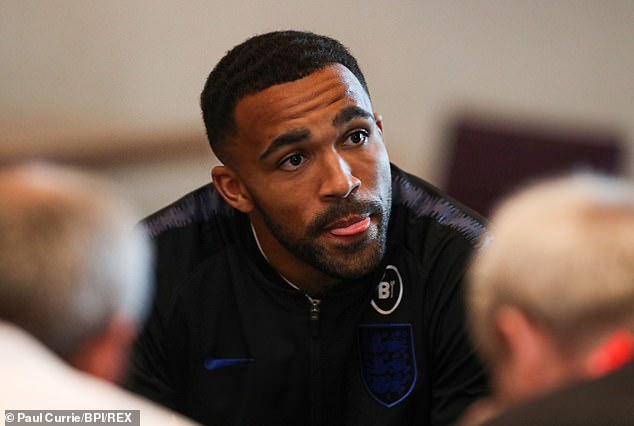 Callum Wilson is primed and ready to make his mark for England – a level he felt born to play at even when lining up for Kettering and Tamworth.

Like so many of the players Gareth Southgate has relied on during his Three Lions tenure, the 27-year-old is reaping the rewards of taking the path less travelled.

Wilson spent time on loan at non-league sides Kettering and Tamworth before kicking on at hometown club Coventry and helping Bournemouth reach the Premier League – a level both club and player have flourished at.

The striker has netted five top-flight goals so far this term and has quietly gone about establishing himself as an England squad regular, with this his fifth straight call-up.

And while the presence of skipper Harry Kane has restricted him to just three caps to date, there is a hunger and confidence about a player who has risen through the leagues and overcome two serious knee injuries.

‘When I get here – train well, wait for my opportunity, be patient,’ Wilson said. ‘Harry is a great player.

‘I’m not saying I want to kick him out of the team, but with injuries, things that happen along the way, you have to be ready to grasp the opportunity, whether it is one minute, 20 minutes, the opening whistle.

‘It’s not just thinking: “Harry is going to play”. Anything could happen and I have to be ready to come on and make a difference. I am fully focused.’

Wilson has learned from Kane’s clinical focus in training as well in matches – a mental edge that complements self-belief that onlookers could have felt strayed into delusion during his time in non-league football.

‘I was playing on loan at Kettering and Tamworth, and I said I will play for England one day,’ he said when asked if his rise had surpassed expectations. ‘Everyone calls me self-confident.

‘If you don’t believe you can get somewhere you will never get there, that was always the aim to play for the national team, to play in the Premier League.

‘I never actually told any of the players, it’s a bit disrespectful when a lot of them players were a bit older and never got that opportunity, they would think: ‘Young, little whippersnapper coming in, saying he’s going to play for England, get out of here’.

‘For me, I basically told family, friends, they all said: “Yes, go for it”. Some games you would be playing terrible and I’d think: “No it’s never going to happen”, but you have to keep that belief there, and here I am.’

Wilson fondly remembers his time in the National League, where the smell of burgers and chips filled the air as he ran up and down the line in front of fans leaning over advertising hoardings.

Those experiences ‘toughened’ up a player now hoping to add to his three-cap haul in the Euro 2020 qualifiers away to the Czech Republic and Bulgaria.

The latter match has come under particular focus given the potential for racism, which Wilson saw first-hand as part of the side that won 5-1 in Montenegro to a backdrop of some sickening abuse.

‘We know there is a protocol to follow and we will make sure everyone abides by those rules,’ Wilson said.

‘We are not expecting it to happen but in the modern day it is still happening so we will see what happens when we get there.

‘You go through the steps and if it still carries on, you expect UEFA to step in.

‘If the protocol has not worked, I am sure they will take us off the pitch. If, after that has happened, we take ourselves off then so be it.’

'It is the perfect platform we were looking for': Trainer John Gosden...