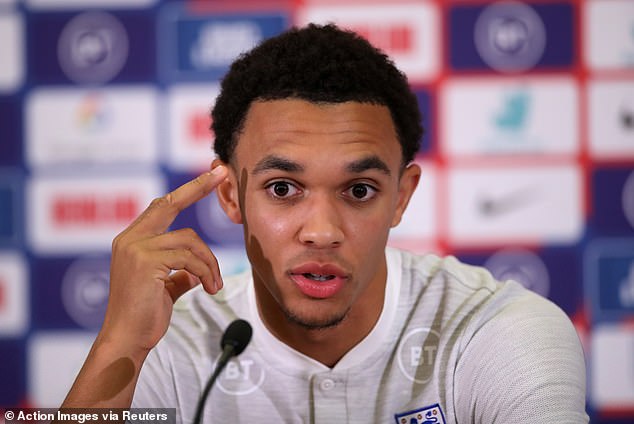 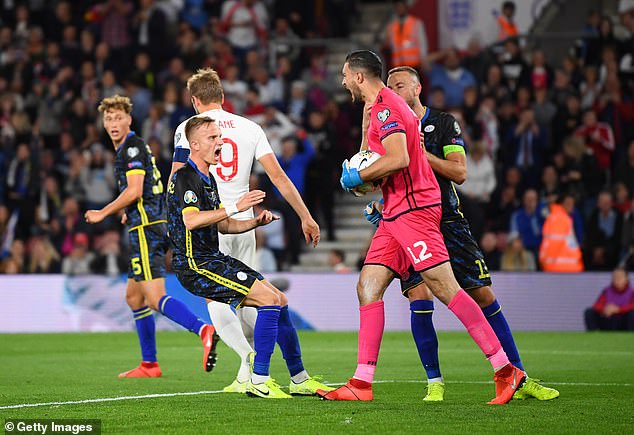 Trent Alexander-Arnold insists England must improve their defensive record if they are to stand any chance of winning Euro 2020.

The Three Lions can assure themselves of a place in next summer’s finals if they beat the Czech Republic in their Group A qualifier in Prague on Friday night.

Gareth Southgate’s side are firm favourites to advance after a perfect start to the qualification campaign – including a 5-0 win over their next opponents at Wembley in March.

But, while the attacking abilities of the likes of Harry Kane, Raheem Sterling and Jadon Sancho are being heralded, England have had some issues at the back of late.

A 5-3 win over Kosovo at Southampton last month did little to paper over cracks that were open for all to see when Holland won 3-1 in the Nations League semi-final in June.

Individual errors accounted for many of the goals shipped across those two games as Southgate continues to strive for a settled – and in-form – back four.

‘If we want to be regarded as one of the best teams in Europe and go far in the Euros, and try and win the competition, our clean sheets and goals conceded must be fewer,’ Liverpool full-back Alexander-Arnold admitted.

‘We have to concede less goals. As defenders, as a team and as a unit we know where to improve and where to work on.

‘Some games, it just happens. We will analyse what went wrong and try and make sure it does not happen again.

‘Kosovo, really, were an underrated side and we had massive respect for them before the game and we knew they had threats and, luckily for us, were able to outscore them but we were not happy with the goals we conceded and we need to work on it.’

Alexander-Arnold also revealed the players were planning on holding a meeting before the game in Prague and the subsequent trip to Sofia to face Bulgaria three days later.

‘As players we analyse our games, we know during the game what’s going right and what’s not,’ he said.

‘No, we’ve not had the meeting yet but we will over the next few days to make sure it doesn’t happen again. It’s important to look back on our game and see where we need to improve.

‘The obvious one is that the amount of goals we conceded was not good. It’s about making sure we get that right this time.’

Champions League-winning right-back Alexander-Arnold will battle with Kieran Trippier for a place in Southgate’s team on Friday night.

The pair have, for the time being, seen off the challenge of Kyle Walker – who has missed out on the last two squads.

It remains to be seen who Southgate opts for in the centre of his defence with uncapped pair Tyrone Mings and Fikayo Tomori pushing more established names such as Harry Maguire, Michael Keane and Joe Gomez for a place in the side.

'That is a definite "NO"': Sebastian Vettel's dreams of Red Bull return crushed by team boss Christian Horner as German's F1 future remains in...

'I'm frustrated, angry and gutted': Stuart Broad hits out at England selectors after being dropped for first Test against West Indies, adding 'it's quite...

'It gives you less confidence in it': Leicester boss Brendan Rodgers joins Premier League managers calling for higher standards in VAR after series of...

'That is a definite "NO"': Sebastian Vettel's dreams of Red Bull...